The Evolution of Google Maps

Digitization has transformed the world of maps. Technological advancements do the tricks into our life by changing our regular life into a digital space. They made our daily work more accessible, and every action is now simplified and done by a remote click.
https://www.agiratech.com/
Undeniably, The arrival of smartphones has made it more comfortable. Now we don’t need to step out to buy food or do window shopping online. Be it real-time feedback from the customers to booking cabs to go around, and everything is much easier with a smartphone.
Here I’m going to discuss one of the significant digitization apps which play a crucial role in our day to day activities, which is Google Maps.
Before Google Maps, old paper maps were used for finding routes and navigation. Earlier maps will be published with changes and new route updates. But, the entry of Google maps is a transformation.
Let’s start!

The Brief History of Google Maps

In 2004, Google Maps was developed with a C++ program designed by two Danish brothers Lars and Jens Eilstrep Rasmussen, at Where 2 Technologies. The initial idea was to create static maps that show directions, and they also wanted to make it a free and zoomable digital maps for the users.
Their idea was then turned to the Web application when Google Inc acquired their company. At the same time, Google also acquired Keyhole, a geospatial data visualization company in the same month that designed Earth Viewer, which is now Google Earth. Google Earth still has other aspects added to Google Maps. Finally, Zipdash, a company providing real-time traffic analysis acquired by Google Inc. 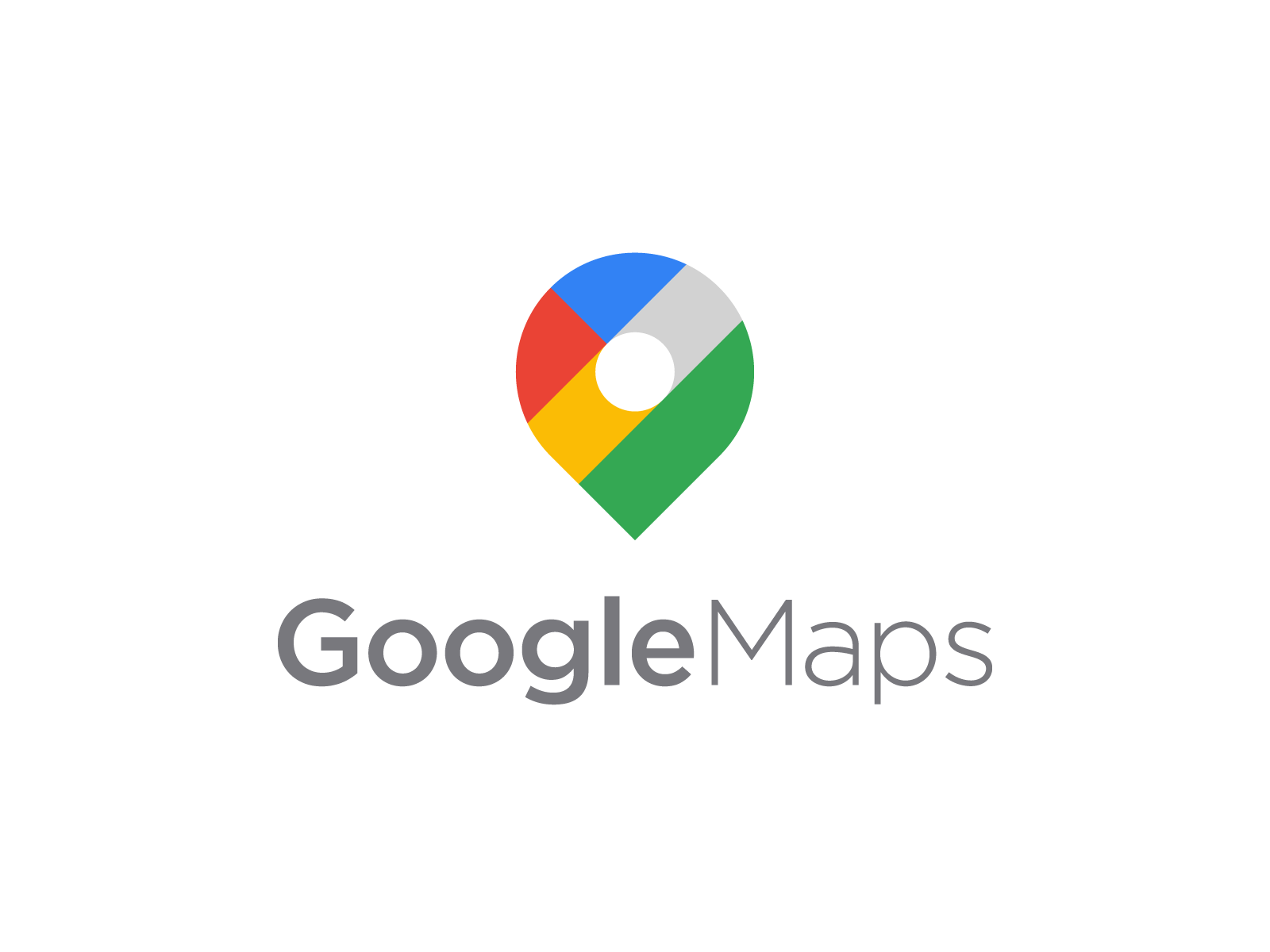 On February 8, 2005, Google announced “Google Maps” to the public in the US and two months later in the United Kingdom. At that time, Google Maps is not the only one. There were already Yahoo maps and Mapquest dominating the market. Notably, in the aftermath of Hurricane Katrina, Google Maps immediately updated an aerial image of New Orleans, allowing people to view the flood areas, which is till today makes the Google Maps more accessible for the users in emergency situations.
Google Maps launched public driving directions. After starting the aerial image, they have shown the world how they are committed to the digital maps project. At that time, aerial photography was so expensive due to the lack of satellites. But one city aerial image is not enough when Sergey Brin told Larry page, ‘Why don’t we do it all over the world?”

One of the major hits by Google Maps was MY Location. On November 28, 2007, Google Maps launched “Google Maps for Mobile 2.0”, which featured a beta version of My Location showing the current live Location, which was identified by GPS. 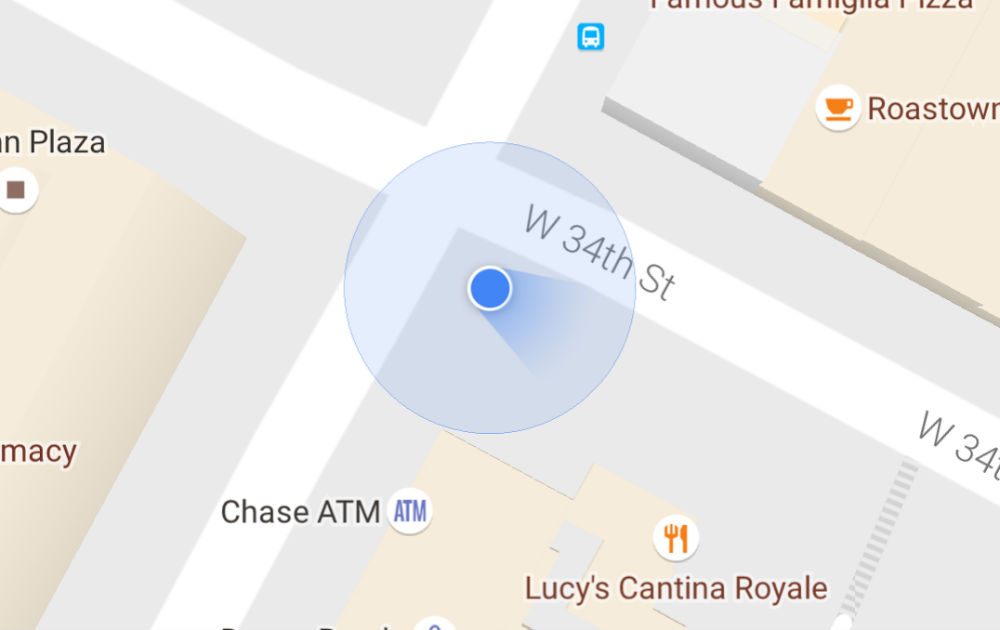 My Location is captured with the assistance of GPS of mobile phones and also taken by the nearest wireless devices or cell phone towers. From the GPS receiver of the mobile and cell transmitters, it identifies the location of the user. Using My Location, we can know where we are even in other countries too. It is so useful to find our routes and destinations using our current Location. Also, we can track alternate routes if we get into traffic congestion. 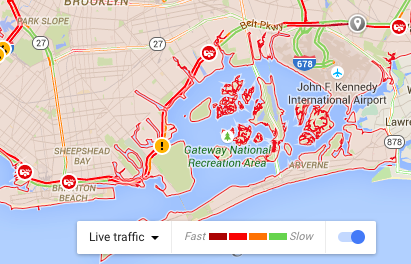 Google Maps also provides route planner by giving directions to the routes to our destination through driving, walking, biking, and public transportation. It also includes information about the public transport we need to take to one destination to another to reach our final goal.

Google Maps’ most controversial and also popular feature is Street View. Street View was launched on May 25, 2007. The Street View produces 3D panoramic views of the street-level views of various locations. The 360-degree view makes the feature most popular in digital maps. At that time of launch, only five cities in the United States had this feature; then, it expanded to thousands of cities around the world. 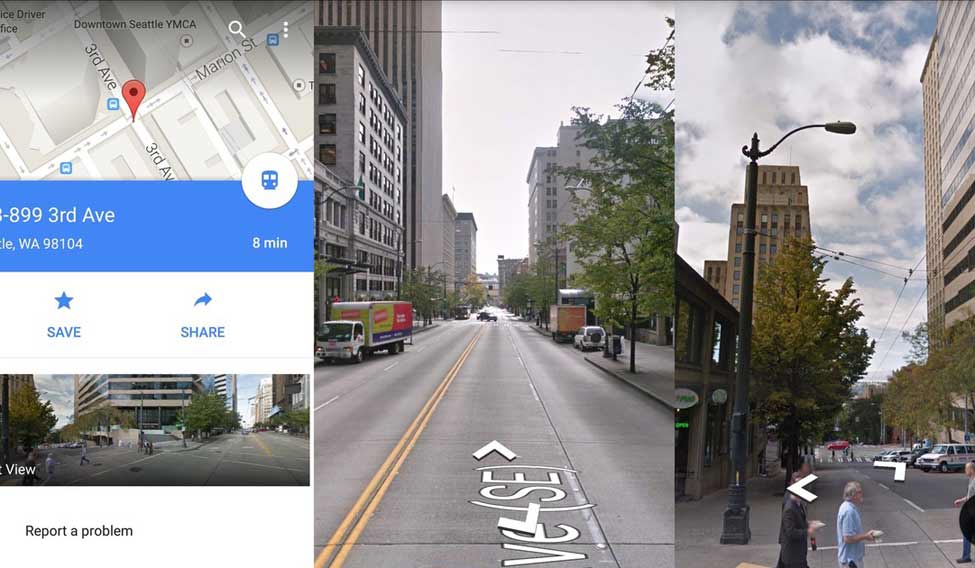 It was popular but had so much trouble as the uncensored street photographs even though they were taken from streets. The aftermath of Google Maps blurred the face and license plates through automated face recognition.
The Google Maps do not stop there; they even go beyond by launching underwater 3D views of 2300 kilometers of Australian great barrier reef in 2014. They also launched the International Space Station interior street view in 2017 with the help of Google Earth.
The next feature Google Maps introduced was a 45° imagery view in December 2009. But in July 2010, only it was officially added into Google Maps for selected cities in the US and worldwide. The 45° imagery view is a bird-eye view from the sky of selected cities only.

Google Maps collects and combines business locations from various on-site and off-site information. It makes business listings automatically by the algorithm created by Google maps to eradicate duplication by name and separate business under one business.
Sometimes people make fake business listings by people when physically not located in the real world. That’s why Google Maps allows business people to verify their own business and is recruited to correct the facts by data gathered by volunteers.

The thinking of Google Maps has more features upcoming. They intended to create a new feature called Indore Mapping and succeeded by launching it in Mar 2011. Google Maps added the Indore maps of Airports, Museums, Universities, Shopping malls, and public facilities so people can navigate in the buildings.

Google Maps always thrive on introducing new technology or new features to make our daily lives more comfortable. Now they are providing services to billions of people. The data just not the information on traffic conditions; it also provides solutions to it, providing alternative routes, street view, 45° view, Indore mapping, and a lot of features that make the map more digitized and make the people’s life better and better.
According to Google, over a billion people use Google Maps per month. This data is used in disaster management. And the most exciting part is yet to arrive.
Are you looking for more? Subscribe to weekly newsletters that can help your stay updated on Geographic Information Systems and Application developments.

A GIS engineer. Expertize in Qgis, ArcMap, Smallworld, and Autocad. He loves to be on top of GIS trends and even more interested in researching maps. His personal favorite hobby is brainstorming and turns himself a soccer player during weekends.

What Is JOSM And OSM – A Simple Explanation