How To Use Python Lambda Functions With Examples | Python Tutorial 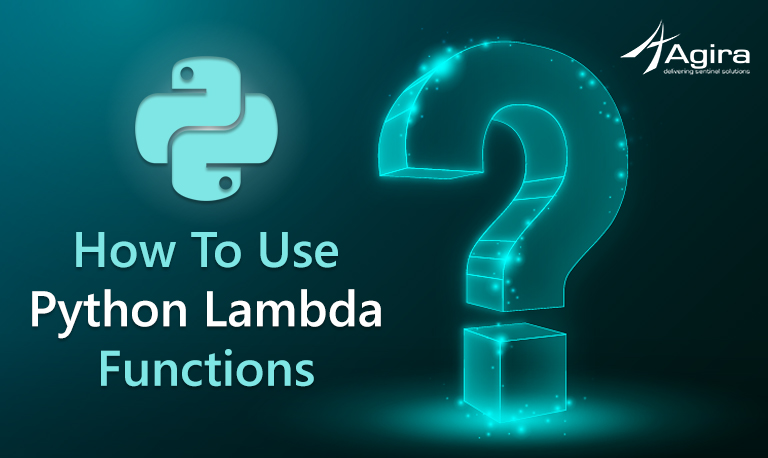 How To Use Python Lambda Functions With Examples

We all know, everything in Python is an object. Everything here explained is pretty easy to understand. Take a look at the basic function below.

Table of Contents hide
I Lambda rule in Python
II What are the uses of Lambda Functions?
III How Reduce Function works?
IV Last thoughts on Python Lambda Function

Lambda functions accept only one expression. If your function has multiple expressions or statements, you can define a function apart from Lambda.

A Lambda function is created using the lambda keyword and the syntax as follows,

What are the uses of Lambda Functions?

The key advantage of the lambda operator is that it can be seen. Like when it is used in combination with the built-in functions like map, filter.

map() is a function with two arguments, Map is a Python built-in function that takes in a function and a sequence as arguments and then calls the input function on each item of the sequence.

Here I solve the problem which is a combination of int and str list. Let’s assume that it is rendered from the bike number plate in the list format. Here we are using the map function to get a proper result “Bike no.”

The function filter(function, list) is the way to filter out all the elements of a list, for which the function returns True. This filter is another built-in function that actually filters an iterable object or any sequence.

In this example, I solve a basic and simple task, a list of numbers are given and we will be finding out the old number’s in the given list.

The function reduce(func, seq) applies the function func() continually to the sequence seq. It returns a single value. In Python 2, reduce() was a built-in function. However, in Python 3, it is moved to functools module.

A list of numbers is given and we have to get a total of it. Before we import the reduce function from functools module.  The sum() built-in function can do this task very simple but in this example, we will do it in reduce. For more details, you can refer to the above Reduce function.

Lambda functions are single-expression functions and nameless hard to identify the object. Python Lambda can’t use regular statements. instead of that includes a return statement (Boolean or value).

Now, I hope that everyone could understand my points on Python Lambda. If you are working as an individual or a team see that you gain some knowledge before using the function. For beginners, it might be complex sometimes. If you are a Python developer you might feel comfortable with code readability.

Want to develop an outstanding application with Python? Take a look at our expertise and Hire a developer to make your projects a success.

A Senior Software developer. Specialist in Python, Django, Flask, PostgreSQL, and AWS. Currently working on Machine Learning, Raspberry Pi and NLP technologies. This ecstatic techie is always full of ideas that make life easier with machines. He is also a biker by passion.

Latest posts by Rajasekar (see all)