Have you heard about Topology before? If you have! Great! If you are new to this topic. This blog will introduce to topology and explain its relation between the Geographical Information Systems and the geodatabase.
Let’s get started!

In mathematics, Topology is a physical configuration of the network that is concerned with the geometric objects that preserved under continuous deformation.
The term “ Topology” was first stated by a mathematician Leonhard Euler in 1736 in his article “Conundrum Inspires Topology”. According to the 1970 census, reported by the united states census Bureau, Topology is an application of mathematics used in maps to reduce the errors in tabulating the massive amounts of data. Today it is an ever-evolving concept used in Geographical Information Systems(GIS) for data management.
In specific, it is used to define the spatial relationships between adjacent and neighboring features. This mathematical topology is assumed to have the geographical features that occur on a two-dimensional plane and is often explained through graph theory. The topological model utilizes the relationship between entities. 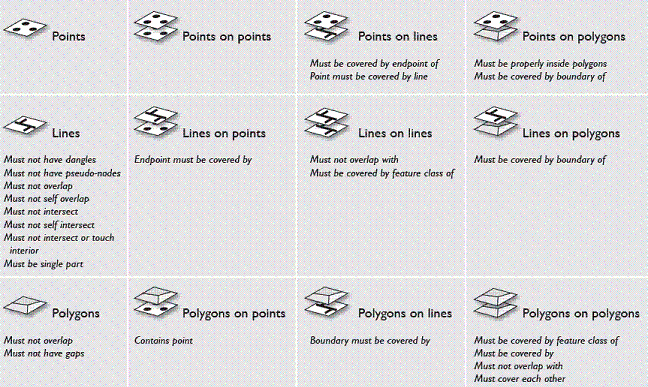 The two main advantages of mathematical topology are the assurance of the data quality and help to enhance GIS analysis. The relationships are built from simple into complex elements such as points, areas, arcs, and routes.
The spatial analysis and operations can be done without using the coordinate data. It is highly suitable for operations such as contiguity and connectivity, proximity analyses.

The topological data model is static in nature. it is time-consuming and the data set can be complex. Some of the factors that should be considered when evaluating the topological building capabilities of GIS software. But with the right knowledge and practice topology can be used properly.

Elements of a geodatabase topology

Step – 1
Navigate to Start → Programs → ArcGIS → ArcCatalog. Within ArcCatalog, browse to your Data folder, right-click on the folder, select “New”, then File Geodatabase. 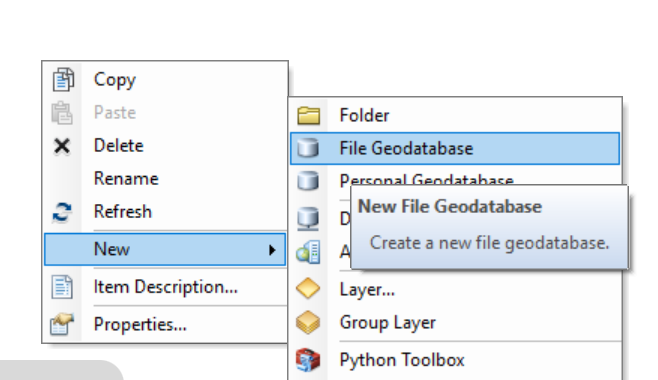 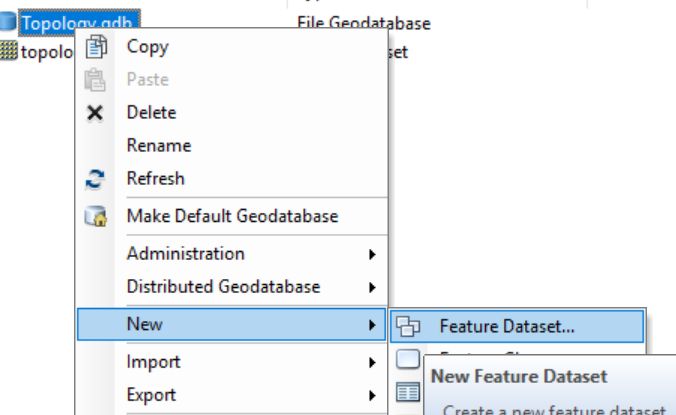 ArcToolbox contains a series of Geoprocessing tools for topology. The Topology toolset is located in the Data Management toolbox. These tools can be used to build scripts for creating and modifying geodatabase topologies. Scripts can be useful for automating a series of tasks and for building repeatable workflows.

Step 1 – Right-click on the feature data set and then click New > Topology.

The Topology wizard will appear, click next. Take the default name of the topology.
Step 2 – Take the cluster tolerance as default and click Next. (A good default value is 0.001 meters or its equivalent in the units of your spatial reference) 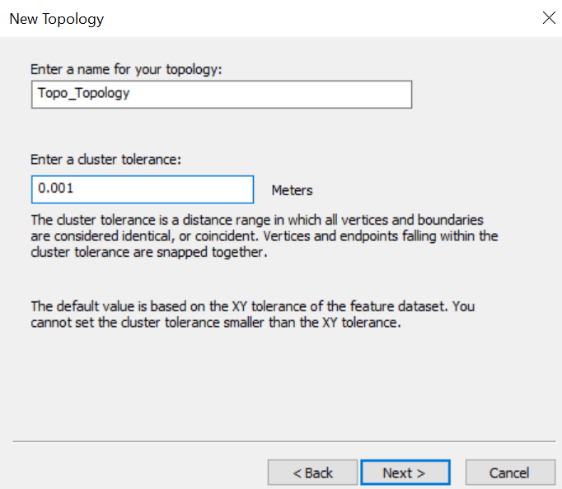 Step 3 – In the next window select the feature class that will participate in the topology and clicks next. 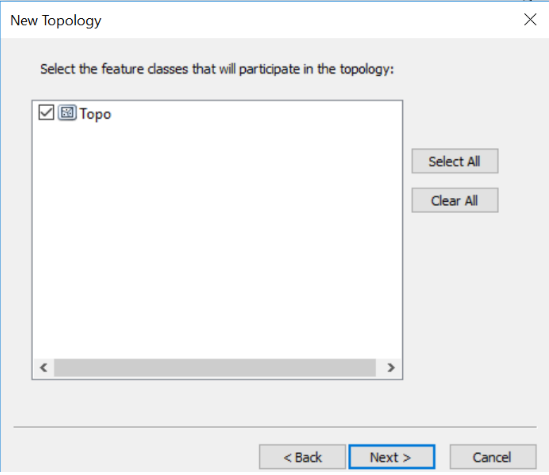 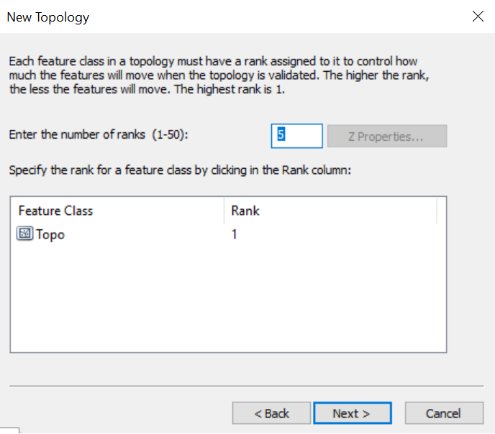 Step 5 – Define the rules from the Add Rules button and Click Next. 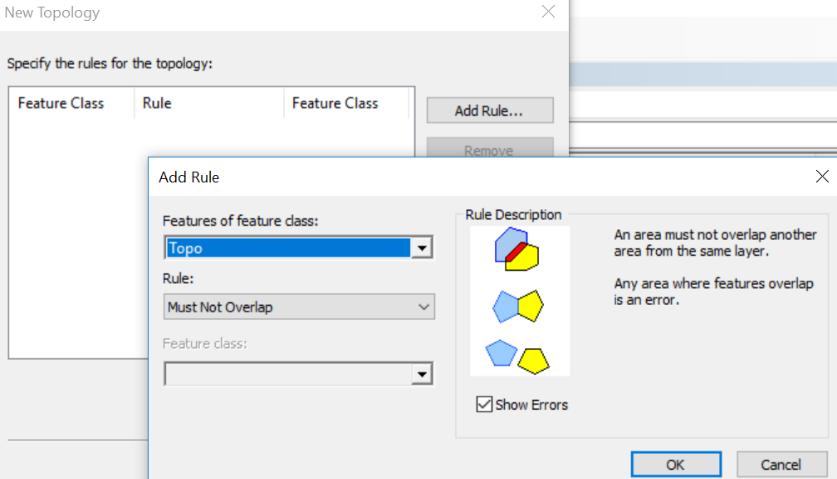 Step 6 – Click OK and then finish. The topology for the feature class will be created.
Step 7 – Right-click on the topology file and select Validate. 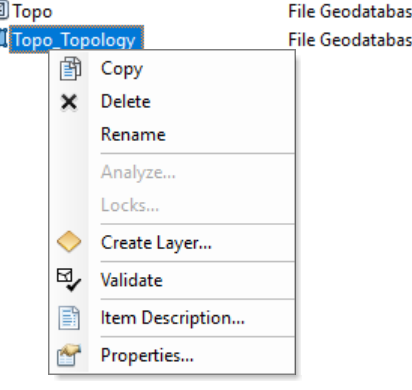 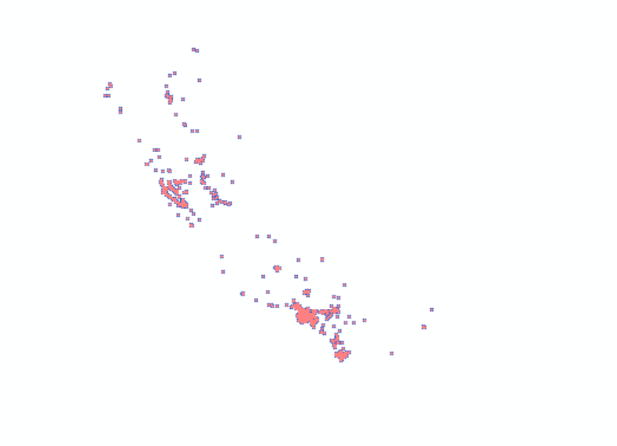 ArcMap contains a number of advanced tools and functions for managing and editing a topology. Here is the general topology editing process.
Add the topology created in ArcMap. Dock the topology toolbar on your ArcMap.

The start edit should be activated before proceeding for any operation. Click on the error inspector button in the topology toolbar.

Now search for the errors. Rectify the errors which have been detected by right-clicking and selecting appropriate operation.

Perform your edits and save them. Validate the topology and review the errors in the Error Inspector window and repair any topology errors. Then, validate and save your edits.
Having any doubts and suggestions on this article? Comment them down below.

A passionate GIS engineer. She is an expert in Utility Mapping and has mastered mapping over the years with many high profile projects. She guides our clientele to make more informed decisions on their projects. This pleasant human loves to do some sports activities and reads books in her leisure.

What Is JOSM And OSM – A Simple Explanation