How to Create Observables In Angular 4 | Hire Angular Developers 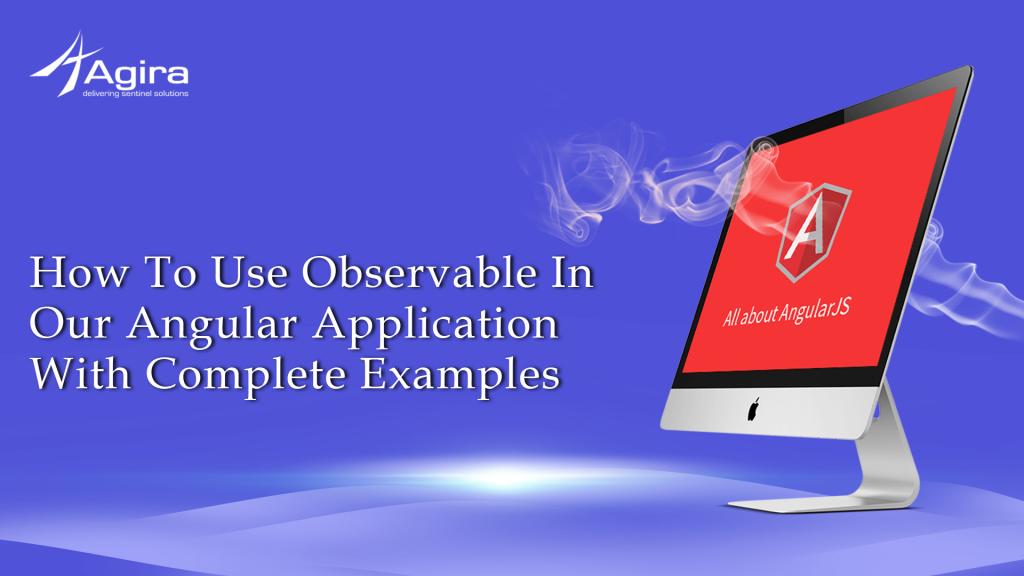 How To Create Observables In Angular 4

Hope everyone heard about Observables in Angular but am not sure how many of us know about the types of observables or how to create them in Angular. This blog is aimed to reach you to explain the basics of Observables and also to explain it in a easy way so that you could also create by your own.

So, let’s start with the brief intro about Observables

Table of Contents hide
I What Is Observables?
II Some Significant Methods Of Observables
III BehaviorSubject:

A Observables is used for transferring messages from one component to another component or from component to service or vice versa. Moreover, observables are mainly used for handling multiple values inside the application. You can create observable in any form like an array or object. You can use .next() function for changing the values. Also, you can subscribe the value for getting the value in the place where you needed. It uses event handling for maintaining the data. In order to  use observables, angular uses third party libraries called Reactive Extensions(RxJs) so it will always return the latest value. When the value changes then the observable will check for the latest value that is assigned to it. On other case, when you change the value of the observable in any instance, then the value will be automatically changed in other places too.

Asynchronous pipe is an another added concept in observables which will check for the latest value which is emitted. It is mostly used to check changes of the value.

Some Significant Methods Of Observables

First, we want to import the Rxjs library to use the behaviorsubject. Have it on mind that we cannot use the observable without importing the library.

Below code can help you to import Rxjs library,

Now you will have the Rxjs library installed on your application.

First, we want to declare an observable. Since the behaviorsubject will always return a value when we use subscribe method so it’s necessary to declare the value at initial stage itself.

Check the below code to declare an observable in Behaviorsubject

Related: 4 Must Known Operators In RxJS

Notably, it is used in the case when you don’t want to use the old value and want only the next assigned value to be used. The old subscriptions variables will also be replaced with the new value. The subject can be imported by using the command,

In addition, Replay Subject is also same like a subject. However, the only difference between the subject and replay subject is “It holds the array of old values”. Whereas the subject will not contain the old value but here “Replay subject” declaration will be same like “subject”. Above all, once the subscription is done then we need to set the value to “replay subject”.  Alongside, we can set how many values needs to be stored by the Replay subject through buffer. Follow the below example,

Subject, Replay Subject, Behavior subject, asynchronous subject all come under the concept of observables. Most of the case, they can be used as a service which can be transferred as value from one component to another component.

Want to learn more? Then never miss out anything from our blog works, hit the  subscribe link , we will send you everything about all the latest technologies & recent updates on web development which could be perfect for your 15 minutes tea break! What else guys? subscribe and go crazy over learning!
If you are looking for angular developers ? Hire Angular developer from Agira Technologies to build best web-apps at affordable rates. Our dedicated Angular developers are well-versed with all the updates and ensure top-notch web applications development to meet your business requirements. For any queries reach us via info@agiratech.com