As we all know that blockchain technology is one of the fast growing technology & power packed solution in recent years. Where as, there’s also some minor declines in Blockchain applications as we witnessed in last year and the price also got dropped on major cryptocurrencies like Bitcoin, Ethereum which adds more fuel to it. So, what’s the exact status of blockchain and what the other side we must know about Blockchain and what are the other predominant factors that are weighing down the blockchain from reaching its real time metrics. I wanted to plot everything that needs to be addressed to overcome the challenges of Blockchain. I had rather prefer to put together all the bright & dark side of blockchain in this article instead of repeating the all old histories. So, let’s genuinely discuss on all the major challenges that slows down Blockchain implementation and also the possibility factors of overcoming Blockchain challenges.

Blockchain networks require consensus to authenticate the validity of the transaction. This consensus mechanism increases the time for a transaction to settle down in the ledger. Thus performance remains a major hurdle in implementing blockchain. But the good thing is that firms in the blockchain industry are coming up with efficient models to enhance the performance of blockchain applications. Some of the major firms like Hyperledger, Stellar and Ripple are building “proof of stake” consensus mechanism to enhance the efficiency of blockchain applications.

Related: 4 Use Cases Characteristics Ideal For A Blockchain Application 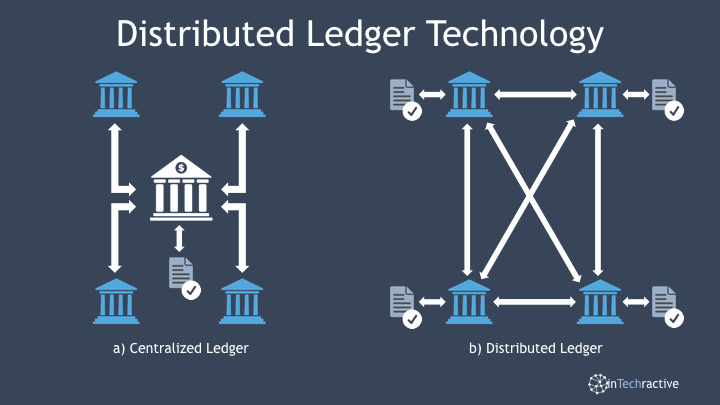 Blockchain application is being built by several industries like Finance, Supply Chain, healthcare, insurance and so on. As the count of applications are shooting up, there are different networks with no proper standard exists to allow them to interact with each other. This lack of standardization makes it difficult to maintain the blockchain applications. According to a report, GitHub alone has 6,500 active blockchain projects using a range of platforms with different protocols, coding languages and consensus algorithms.
Good news is that there are more number of participants are working to enable cross-blockchain transactions and standardization. For example, Interledger is a computer protocol designed to accept payments between different distributed ledger networks.

Blockchain As A Service (BAAS) Set To Reduce Complexity & Cost

One of the major challenges mentioned by different organizations is that the computing power of blockchain network is high and hence it consumes a lot of electricity. This has resulted in huge cost and the complexity of the applications has also increased. To mitigate this challenge major blockchain providers are working on ways to minimize the cost and complexity by using cloud technology. The key focus on this is to create ‘Blockchain-as-a-service’ , so that ‘templates’ are offered to developers to setup and run blockchain networks.

The volatility of cryptocurrency prices last year has made regulators uneasy due to the speculative nature of this market. ICOs are being banned in countries such as South Korea and China. Also there are no regulations for Smart contracts which is a major component in a blockchain application. This is inhibiting the investments for blockchain projects. Hence there is lot of work to be done on regulatory perspective to set blockchain as a fruitful investment. Some progress is being made on the regulatory front as 17 U.S state legislatures are passing bills with respect to blockchain adoption. If the same trend starts to spread in other countries, we could expect more investments to pour into blockchain.

Note: Which Type Of Blockchain Is suitable For Your Organization ?

Several organisations are trying out projects on blockchain, but there is no joint collaboration between them. This resulted in the lack of knowledge being disseminated to different stakeholders. A number of groups have been formed to increase collaboration in this space and they started encouraging standardization. Some of them includes R3, Hyperledger, RiskBlock Alliance, Enterprise Ethereum Alliance and such groups will definitely stay helpful in the blockchain space as we could expect a robust blockchain platform from these members.

The factors we discussed above are clearly depicts the reasons for the challenges of blockchain implementation and worldwide adoption. So, the bright side for the blockchain enthusiasts is that equally persistent works being done to diminish the above challenges and this technology is evolving too fast & becoming robust. Though the blockchain faced some neutral challenges last time but it will equally remain as one of the challenging technology for other technologies in coming years. Healthy conversations are always get us clear perception. Let us know your thoughts on Blockchain in comment section below.

What should you know about Metaverse and DAPPS?

NFT in Web 3.0 and The Future of The Internet

4 Ways How Blockchain in Healthcare Plays an Important Role

Benefits of Magento eCommerce Platform for your Business