The growth of mobile apps has been spectacular, undoubtedly the trend will prevail. iOS is one of the operating systems used in mobile development. Millions of apps are created for iOS devices worldwide. The iOS platform allows developers to write high-quality code and offer innovative app solutions for Apple devices.
Most of the advanced iOS versions support applications to write in Swift and Object-C. It has become an attractive platform for mobile app developers. It is likely that the success of an application depends on the tools the developer uses to build an application. With the help of the best tools, developers can take their project to another extend.
However, the internet is full of tools, finding the right resource to learn and tools to use might be daunting. This is not just for beginners, but even if you are an experienced iOS developer, taking advantage of different tools can help you simplify the development process. We wanted to make it easy as possible for you, so we have grouped the best tools which are experimented by our developers.
Let’s get started with the ultimate list of tools for iOS development!

The languages used for iOS development are Swift and Objective-C. We have found some of the best tutorials and resources online. If you want to learn these programming languages the following mentions are highly recommended and also a great place to start with iOS development. 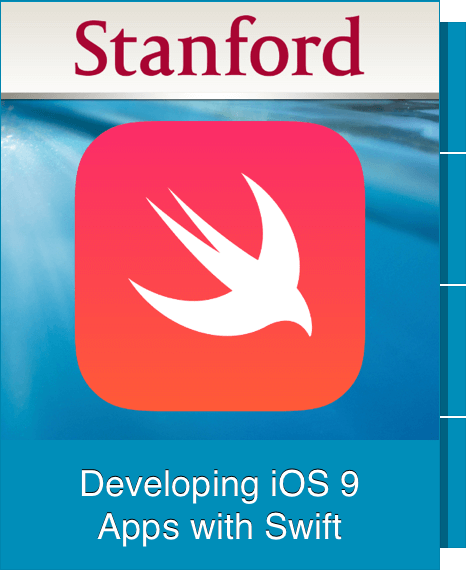 Stanford is an open source platform that teaches you how to develop iOS apps with Swift. There are 46 lectures in this course. It covers tools and APIs required to build apps for iPhone and iPad platforms using the iOS SDK. In addition to the Swift programming language, it also teaches object-oriented databases, multi-threading, mobile device power management, performance considerations, networking, and animation.

Udacity is a great blog post that covers the playgrounds and fundamentals of the iOS programming language. If you are a beginner, the content presented will be highly beneficial for your learning. It also introduces very basic syntactical elements of the language. The tutorials will teach you the basics of Xcode before you start with the Swift.

Thinkster is a well-structured tutorial resource available online, with video for different subsections. It covers the topics from the very basics like each component, goes through a series of modules, control flow, and OOP. Thinkster other concepts includes  Extensions, Object-oriented programming, SDKs, Loops, types, and conditionals. To start the course you will need a Mac system that’s running on Xcode and an  Apple developer account.

Editors and IDEs for iOS Development

An IDE is an Integrated Development Environment that facilitates application development. It allows developers to combine all the required tools into a single working environment. XCode is the original built-in IDE by Apple for iOS development. However, there are alternatives. if you want to try something new the following tools are worth knowing. 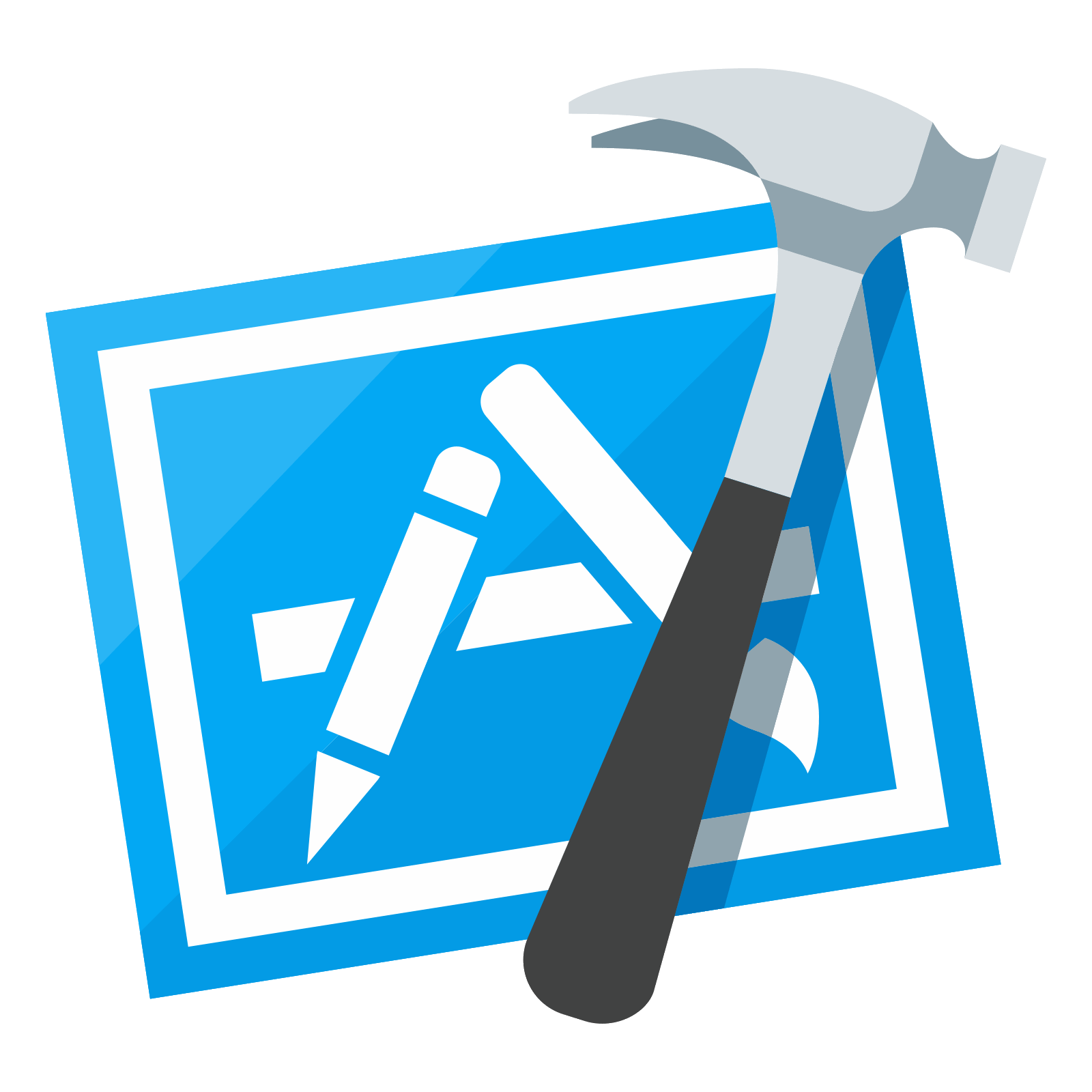 Xcode is the official IDE for the Swift. It is directly maintained by Apple. Xcode has become more preferred as well as a powerful coding platform for iOS development. It used in app development for various Apple devices such as iPhone, Mac, Apple TV, Apple Watch and iPad. Xcode is the primary tool for every iOS developer. 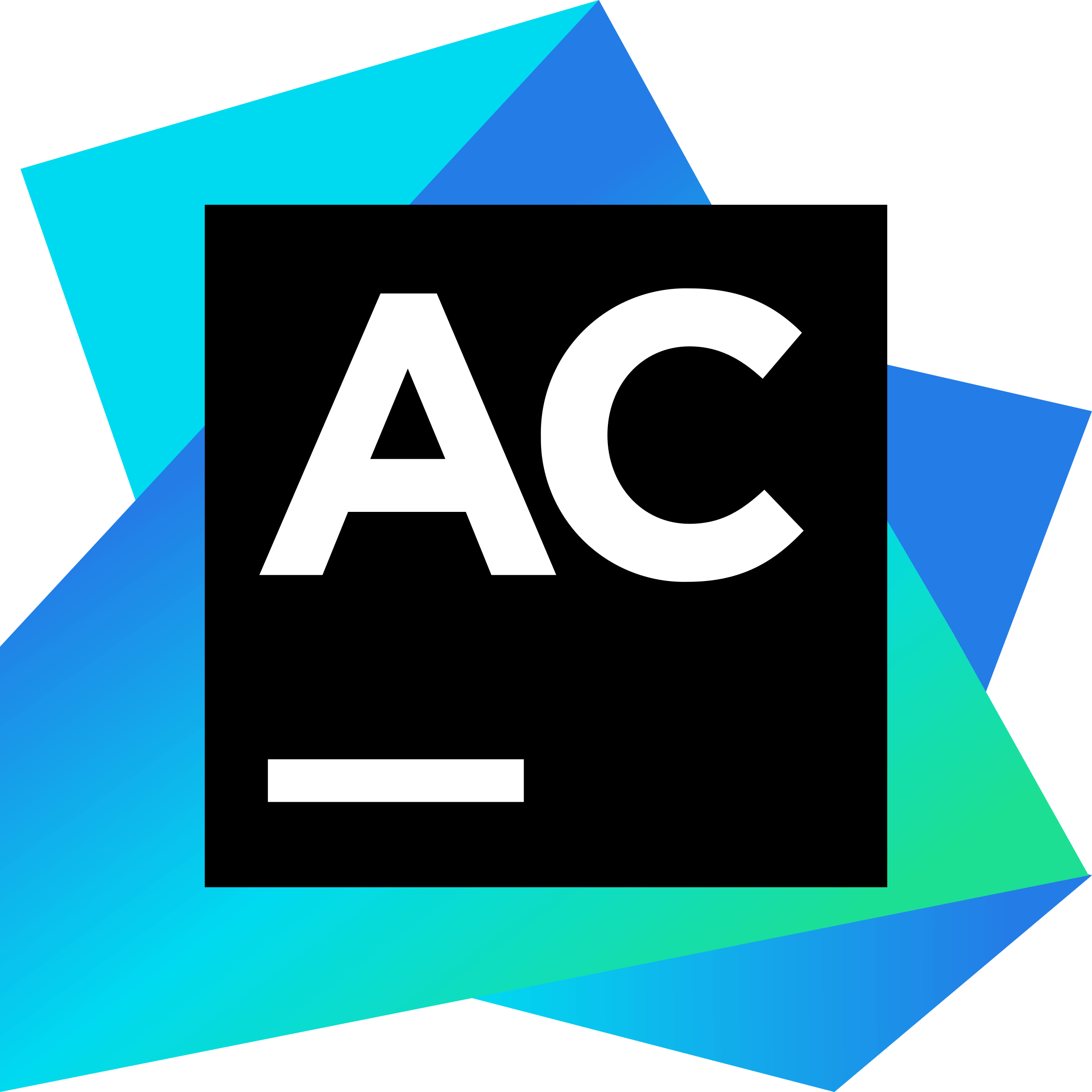 AppCode is an IDE from JetBrains used for iOS and OS X development. This IDE supports Objective -C as well as swift.  The AppCode debugger supports iOS extensions. It is considered as one of the best IDE for iOS development. Some of the interesting features include smart completion, speedy unit testing, in-depth code analysis, reliable refactorings, and smooth project navigation. It is available for 30 days free trial. 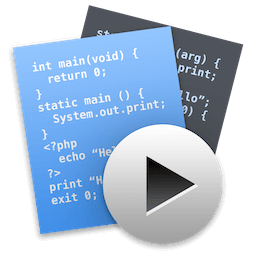 Code Runner is a lightweight code editor, you can code in any programming language, not only in Swift. This comes at an affordable price of $14.99 with a demo version. It contains a large number of code templates for use. Code Runner also offers great support for debugging and syntax highlighting.

You will find here the popular and most useful libraries for iOS development that will suit your needs. CocoaPods is an extensive tool and considered as all in one tool. There are also other options that are more specific for each requirement. 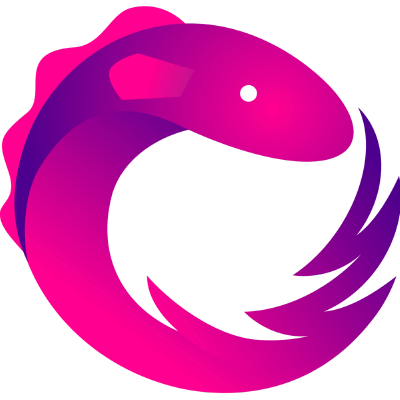 RxSwift is a library specially designed for asynchronous programming but also supports Synchronous code. It is a reactive programming library for iOS which makes it easy to build dynamic apps. It offers support with several features such as Marble Diagrams, Maps, FlatMap and more. This library can strengthen your declarative coding style, allows you to write multi-user code and ideal for rapid development with wider support.

CocoaPods is the most popular dependency manager for object-c and Swift programming among mobile app developers. It is an essential tool for iOS developers. It comes with more than 59,000 libraries. There are over 3 million apps build with CocoaPods. This library is especially useful if you want to extensively scale your mobile app development projects.

The Foundation Framework is the official library from Apple from its developer documentation. It is a recommended library for a developer who is programming in objective-C. It offers a base layer of functionality for apps and frameworks. You can access the essential data types, collections, and operating system services.

Plugins are used by mobile app developers to customize a seamless programming environment. Today, there countless plugins available in the market, but it takes a while to review them all. To make things easier for you we have narrowed the list. So here are the best plugins to consider for iOS development. 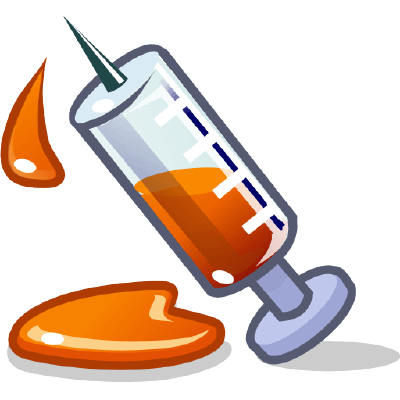 Injection for Xcode is a plugin used to change the implementation of Objective C classes, you can also run applications in the macOS app or the stimulator. It is now a standalone app. Injecting has gotten easier just as downloading an app and having it running in the background while you work on a project in Xcode. With this plugin, you can continue to work without having to restart the app.

CocoaPods is an open source dependency manager for iOS and OS X. You can easily use the CocoaPods plugin with Xcode. This plugin is quite popular among iOS developers. 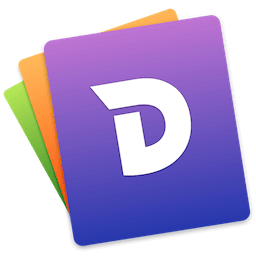 Dash is an open source code snippet manager available for iPhone, iPad, and Mac desktops. It is an API documentation browser with more than 150 documentations available offline and over 100 cheat sheets. You can effortlessly generate your own doc sets.

Related: How to Build a Taxi Booking App like Uber?

Developers who aim to provide complex and advanced functionalities in their iOS app need extra help on the Backend services. The backend solutions give the ability to send push notifications, share data with a server and a lot more. Here are the top choices in iOS development tools that serve the purpose.

Firebase is a Backend-as-a-Service backed by Google. It is a comprehensive app development platform that can be your data store, API and server at the same time. With Firebase you can easily sync and store data in real-time for all your clients. It is very frequent with app updates on all the devices. You will never need to write any backend code. In case your Firebase is an offline powered application, the data will be synchronized automatically when connected. 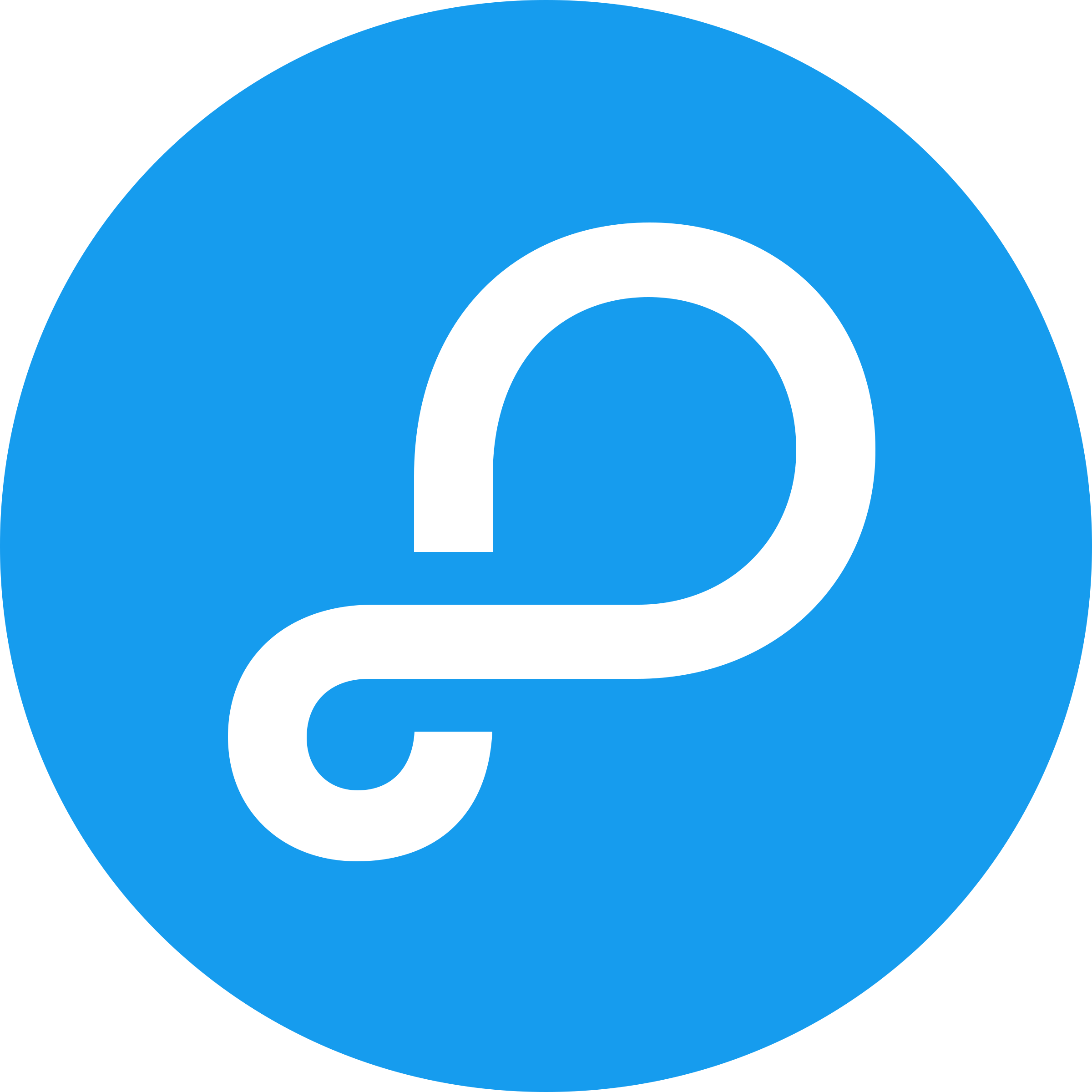 Parse is an open source platform for building applications with advanced features to make the development process easier such as object and file storage, push notifications, dashboards, use authentications and many more. You can host, build and manage apps faster. Parse is hosted on AWS and supports smart database index, auto-scaling, Queries optimization, and automated backups. With just fewer lines of code, you can save objects in the cloud.

Helios is an open source mobile framework that offers backend service for iOS development. It is useful in providing your apps advanced functionalities like data synchronization, push notifications, In-app purchases, logging, analytics, and passbook integration. This tool is built on the Rack webserver interface. It offers a collection of backend services that can make your iOS development a lot easier.

Make use of these tools and resources that can make your life easier. Using these tools on this list can streamline your development process and enhances the quality of the applications. So, whether you are a beginner, intermediate or expert you’ll definitely able to find what you’re looking for in this list. Bookmark this blog for the future, refer these tools and use it in your iOS development projects.
Also, tell us what are the best iOS development tools do you use?
Need a takeaway? Get your weekly tech updates right on your inbox, by subscribing to the newsletter that can help you build better apps.
Want to develop a mobile app for business? Make your ideas possible with the guidance of our technical experts. Let’s discuss your mobile app and build an innovative solution for the future together!