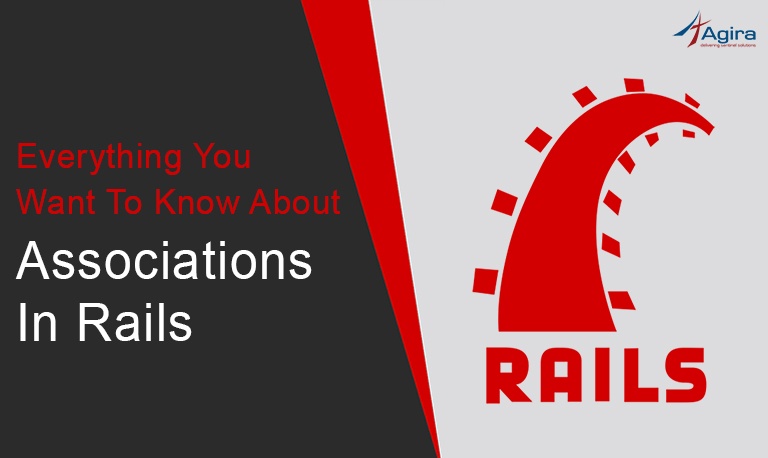 Everything You Must Know About Associations In Rails

Association is an important term for the rails developer as it gives you the power to induce relationship between the active records models to make a better database structure. It provides you simpler query option compared to raw database queries.

Why We Need Association?

One-to-One association indicates a record which holds only one instance from another model.
For example In an application one user can have only one address, in that case, you can say user model has “has_one” association with an address model.

One-to-many Association is one of the most common association which is used to create relation between active record models, It indicates each instance of a model A can have one or more than one relation with another model B, and model B will belongs_to only one model A.
For example Suppose in an application,  users are allowed to write multiple blogs and in the models you can see how it will look like,

In the above example Blog model contains the foreign key reference. In this case, basically one user can have multiple records in blogs model but blog will belong to only one record of the User.

Related: Installation And Uses Of Active Admin In Rails Application

Many-to-many Association is bit complex, this can be handled in two ways “has and belongs to many” and “has many through”  relation.

First, let’s understand “has and belongs to many”

For example
Let’s assume the user who can have many roles and the same role may contain many users so in that case, the models would be like this:

Now we need to create a migration for this association,

This is a very simplest approach, but you don’t have the direct access to related model objects, you can only get the references of two models. but you can achieve it through “Has Many Through”.

Now we will see the “Has Many Through”

Another way to define “many-to-many association” is to use the “has_many through” association type. Here we need to define a separate model or we can call as third model to create a relation between first two models.

let’s take the same above example but the only thing differs here is, Additionally, one extra model will be added.
Therefore all these three models will look like,

Here we no need to create a separate migration like we did in the previous example. Also, it has some good advantages like – It allows you to do things like “user.role” to get a list of all connected models instance and also will allow you access the specific data to the related model.

Best To Read: How To Build Rock Solid Ruby On Rails App With BDD

Polymorphic Association is one of the most advanced associations available in the rails, we can use this association when we have a model that belongs to many different models based on a single association.
For example – Assume we have users and story models in our application, and there is an option called comment for both users and the stories. So to make this scenario workable we need to use “Polymorphic Association” to make both models commentable.

Okay guys, we’re almost done with all the associations in Rails, now you can start practicing association in rails to avoid or reduce the length of raw queries. We encourage your tips on Association to add more quality tactics on this blogs. Post us your thoughts in the comment section.

Building Rails application? Like to hear more from Ruby On Rails experts? Don’t miss out to read more from the great minds in the industry!