A Complete Guide For React Routing And Navigation | React Router 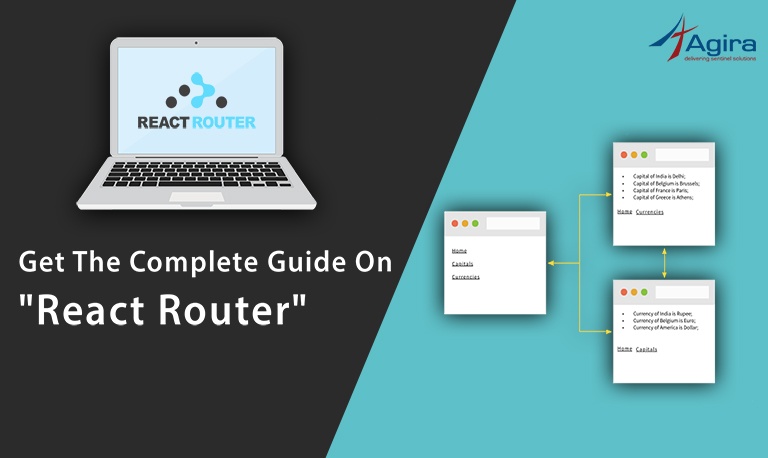 A Complete Guide For React Routing And Navigation

When it comes to “Routing concepts”, React has its own powerful routing techniques. Initially, React does not have any built-in library for navigation but later the React Community has been kept introducing many router libraries. To be precise, “React router”, React router is the most interesting concept which has the navigation techniques and components that help us to set the declarative routes in our application that has the powerful navigation features. And, what we like in React is, it has the clear declarative routing so you don’t have to worry about creepy navigation issues every time. So let’s start with something interesting in React and will have a closer look on react routers today.

There are 3 types of components in routers,

Basically, <BrowserRouter>, <HashRouter> used for web browser based projects so before using this, first, we should decide which type of router we are going to use in our project.
import { BrowserRouter as Router, Route, Link } from “react-router-dom”;

However, <BrowserRouter> remains as the preferable routers for developers due to its power in handling both static and dynamic requests. However,  <HashRouter> and <BrowserRouter> both will create a specialized “history object” for our project.

In case if you’re not aware about the “History object” then here is the quick view,

Each router creates a history object known as History API  which can hold and manage the current location and previous locations via history.location.  Also, it will re-render whenever the websites changes based on the history object.

The location property is an array of objects which will take the last element of an array as the current location of the site and we can also manipulate the array using history.push() or history.replace.

Here are the two route matching components <Route> and <Switch>,

A <Route> should accept the path prop, A path prop is a string which will match with the pathname of the current location’s to render the appropriate React element. By chance, if the path doesn’t match with any of the defined locations then the route will not render anything.

React Router uses the path-to-regexp package to determine whether the route element’s “path prop” matching the current location or not. It will concert the path string into a regular expression, which will be matched with the location’s pathname so when the route’s path matches, a destined object will be created with the following properties:

<Redirect> also navigating the new page. The new location overrides the current location in the history object. It has the object and two props called pathName and state.

We’re done with exploring the core concepts of React router along with its benefits so now it’s your turn to choose your favorite method. Post us your preferable methods in the comment section. Learn more about React and other technologies from the largest blog portal.

A desired and an ideal full stack developer having 2 years of experience in web development, Acquiring strong development skills in building Ruby On Rails and React Js applications.