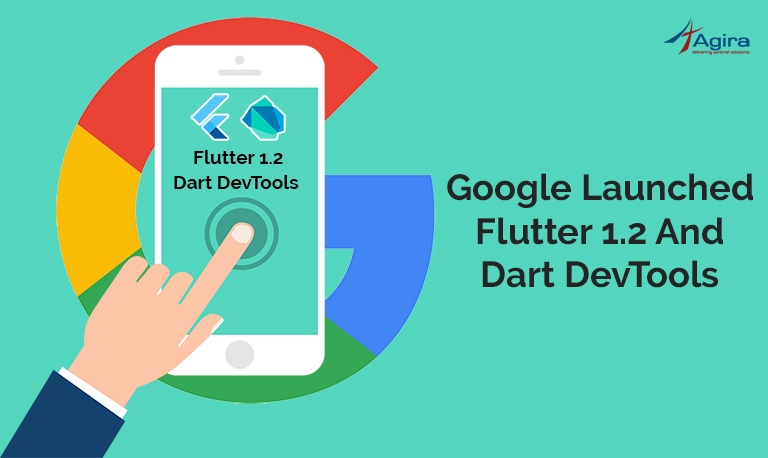 Flutter is an open-source mobile application development framework created by Google. It is used to develop applications for Android and iOS, as well as being the primary method of creating applications for Google Fuchsia. Google is continuously releasing  its best to increase the performance the core framework and stability of every Features.

At Google I/O developers conference in may 2017, Flutter was first announced as an early alpha version. Flutter stable version 1.0 got released in December 2018 but prior releasing that they have released few more preview versions.

In Barcelona, Google introduced flutter 1.2 and Dart Language 1.2 on February 26. They introduced plenty updates and new features on Flutter and Dart Dev tools.


Flutter 1.2 mainly focused on Stability, Quality and performance of the core framework. In this release they introduced  Android app bundles which helps android developers to easily reduce their app size and dynamic delivery.

Incase if you’re new to this term “dynamic app delivery” then you can have a quick look on this article which has complete information about Android app bundle & dynamic app delivery. Check below link to know more. https://www.agiratech.com/android-app-bundle-modular-dynamic-app-delivery/

This will help developers to integrate their in-app purchase easily. Alongside, few primary widgets also got updated & introduced in this release.

In this release Google offered many IOS app development UI elements. Version 1.2 updates the Material widget set to support more flexible usage and the Cupertino widget set with improvements around achieving pixel-perfect fidelity on iOS including support for floating cursor text editing. So now the flutter IOS  apps will also looks like the native ios app with this updated UI elements and plugins.

Parallely, Flutter team is also working on prepping the upcoming desktop supports like keyboard events, mouse hover events support and pixel-perfect the components of the design.

Related: 7 Reasons Why Google Flutter Should Be Your Next Choice

Dart is a object oriented programming languages which is helpful to code for flutter framework. Currently Google released  Dart 2.2 version with so many updates and changes.

Firstly we have to mention that, one of the best update done on this release is “the dart performance” It is increased  about to 15 – 20 percents over the previous versions of the Dart.

In this release Google added  the core functionality of Set literals with the use of curly braces { }. This functionality is already there in most of the programming languages like java and python. This will be every helpful to the users to set a constant.

You can also try Dart in official web app.

Dart DevTools is essentially a web-based programming suit of app development and performance tools for Flutter and Dart. Developers can run these  dev tools in Chrome browser.

Dart DevTools suit provides the majority functionalities for android studio.  Now its available for visual studio alongside of flutter extensions.

In this release Google has also promised that Flutter would see a new stable release once every quarter. Hopefully we could get to experience lot more updates in coming days. Stay connected with us to know more about Flutter & other emerging technologies & also let us know your interests in comment section below.