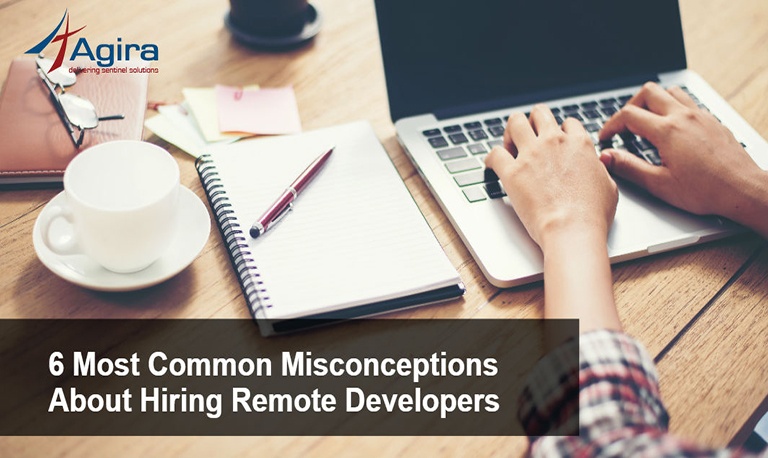 Hiring remote developers has several advantages both for yourself as an employer and the developer who will be working under you.

1. You won’t be able to manage the remote developers effectively

Developers feel that the developers, who are too eager to please us, promise too much and fail to live up to those standards that they had set. However, developers know what their capability and capacity is, so promise us only how much ever they would be able to accomplish. You are at a risk for this myth only if you hire without assessing the developer properly. Hence, it is essential that you assess the developer’s history to check if he has made similar false-promises.

3. Hiring Remote Developers take too much liberty and have too much of flexibility

Companies and employers often feel that the remote developers would take undue advantage of the relaxed working atmosphere they are provided with. Employers fear that the developers would make use of the freedom and flexible system they are afforded which would cause a dip in their output. They feel this would lead to them working inefficiently. However the fact is that developers prefer working in an atmosphere that they are comfortable working with, at their preferred time, and in their preferred surroundings. But they make sure that the work gets completed by the stipulated time.

4. Hiring Remote Developers slow down the rest of the team

5. Differences in culture, language and time-zone lead to serious problems

Yes, these are the most realistic issues that you should be worried about. However, even these can be reduced to a large extent by a thorough recruitment process. It is assumed that the remote developers won’t bind well with your team due to these differences. Time-zone issue should be used to your strength as developers working at different times due to different time zones would mean that your company is working round the clock.

Language barrier will exist due to the diverse world that we live in, and this will be prevalent when you have to recruit offshore developers. This can be reduced to an extent by encouraging your employees to converse in English as the common language for communication. It is difficult to get rid of cultural barriers completely, but its effect can be reduced comparatively by adapting your company’s environment and culture accordingly. Remote developers will feel motivated to work in an environment which embraces diverse cultures, not in a company which preaches and follows only a particular culture.  An all accepting environment brings a feel good factor in the minds of the developers, which will encourage them to work to the best of their abilities.

Employers don’t instantly develop confidence and trust in remote developers due to the less interaction they have had with them and are hence hesitant to share confidential information with them. This limits the amount of work you are able to extract out of them as there is a barrier on the amount of information you would provide them to work with.

This can be avoided by two methods-

The other worry for the employers is that the information would be transferred to a computer that is less secure and this could lead to a breach in confidentiality. This should not be a worry though, as technology has advanced to such an extent that a well-qualified IT team can reduce such an issue.

The leaders in offshore development are China, India, Russia and Ukraine. This is quite noticeable in the recruitment traits of some of the leading companies of India like Infosys, TCS, and Wipro.

This goes on to show that there are always solutions for any problem, and it is up to us to deal with those problems in the most efficient manner. Remote developers are an integral part of our development world, as the world is evolving into a period where hiring remote developers will be the trend. Hence, it is essential that you shake off all the reservations you have about hiring remote developers, and begin recruiting effectively.