Today the advancements of LiDar grow gradually day by day for its high-quality accuracy and its cost-efficiency. If you want to know more about LiDar and different modes, you can read it here. In this article, we will see how drones play a significant role in LiDar and also the different types of collecting point clouds.

UAV/Drone LiDar is one of the modes of LiDar, and it is widely used all over the world for its cost-effectiveness and lesser time consumption.

A UAV/Drone survey refers to the use of a drone, or aerial vehicle (UAV), to capture aerial data with downward-facing sensors, such as RGB or multispectral cameras, and LIDAR payloads.

Ground Control Points(GCPs) are the known points marked and measured on the earth’s surface. It is the traditional and primary method of the field survey to obtain absolute accuracy. The number of GCPs depends on the size of the area of interest. A larger area requires more GCPs than the smaller one, which requires a minimum of five only to get absolute accuracy.
This method is more complicated and consumes plenty amount of time for layout and preparation work. These factors vary depending on the size and surface of the area of interest.
Using these spatially known points, and by adjusting them in the post-processing, we can achieve survey data accuracy to less than 3 meters. The technological advancement in the LiDar field also produces an alternative and convenient modern systematic method for these GCPs. They are called GPS correction technology.

GPS correction technology is the latest modern technology introduced to the drone survey. It is a traditional method in the terrestrial survey method. GPS produces the same data with improved quality, eliminates the layout and preparation works. As a result of using the Global Positioning System receivers, we can provide accurate data with enhanced quality of the location.
There are two kinds of GPS correction methods brought in the UAV LiDar. They are different workflows, but they produce the same accuracy and works perfectly.

Post-processed kinematic (PPK) is a workflow where the drone uses its GNSS PPK receiver to collects data for storage and retrieval purposes. Here the entire set-up is more comfortable for use, and the workflow is also reliable. Also, the accuracy will be within cms. It is because here we need two constant communications only to correct the satellite location data. 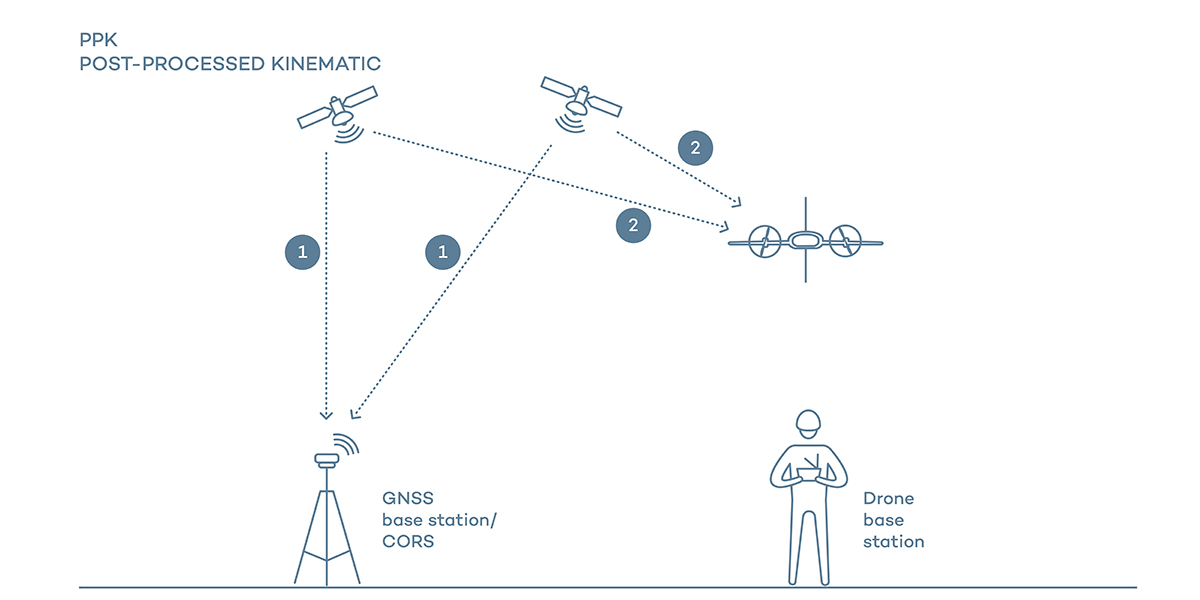 Whenever the signal error occurs between them, we can correct them with the help of drone data after the flight. Here only the telemetry between drone and drone base station is required. PPK drones are also able to refer to their old and new data relative to the current data.

Real-time kinematic (RTK) workflow is also similar to PPK, but the former corrects the image location in real-time. It is considered as complicated than PPK, as this needs four constant communications for correcting the satellite location data. 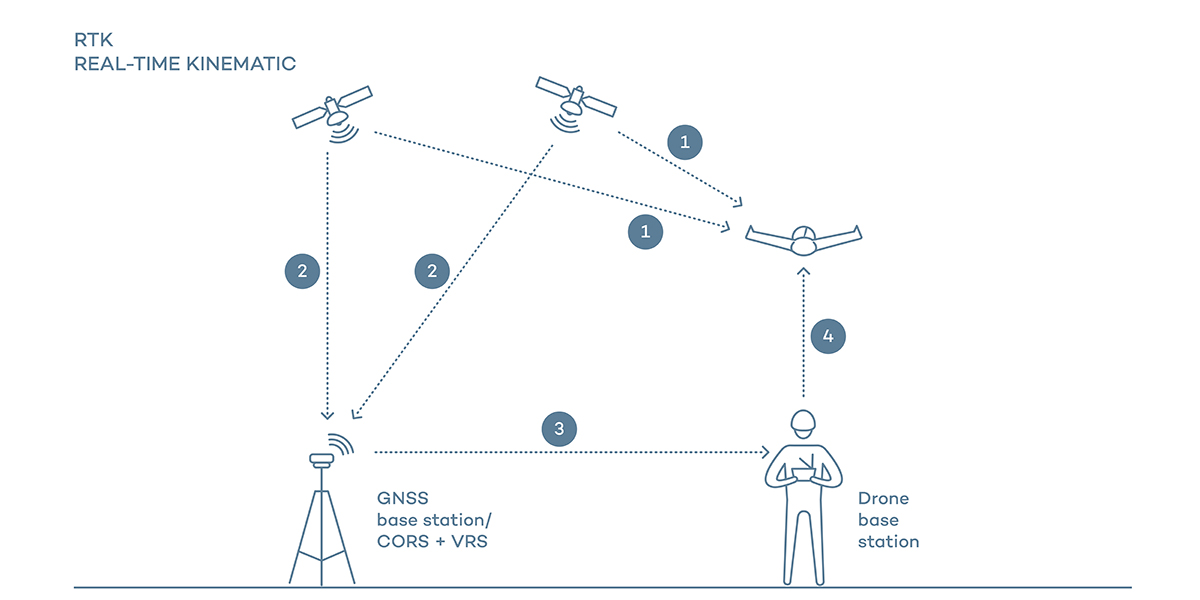 The real-time correction looks quite smooth and advantageous, but it is not. If the process encounters any interruption in the communications as mentioned earlier, the process takes some time to reinitialize, and it will end up losing the data for that particular interval. So it will lead to repeating this process. And also, they cannot be able to account for their old and new data during the flight. If the communication, as mentioned above, works perfectly, we can achieve absolute accuracy similar to PPK in cms; otherwise, the efficiency will be in meters.

GCPs vs. PPK vs. RTK

After studying and understanding the differences between these methods and how one relates to the other, we can quickly come out with GCPs take more amount of time for preparation works, and it also needs more laborious.
And between the two GPS correction methods, PPK and RTK, the former one is a better choice as it is more determined and flexible in a workflow to achieve quality. RTK has immediate correction after the flight, thus saving time, yet it depends on multiple links. In the case of PPK, it takes a little more time for post-processing, but we do not need to re-run the flights.
Also, the RTK flights are difficult in urban areas as there will be more probability for the signal obstruction. But PPK works fine on both flat fields and the urban areas.

So it is clear that the PPK is the preferable choice in all aspects of the drone survey for now. But who knows the future, RTK can become superior to PPK later when technological advancement leads to uninterruptible communication between the sensors.
Still, we cannot wholly avoid GCPs from the survey field as they are the basic things for the data collection. And GCPs produce the defensible report for the quality record.

Looking for more? Subscribe to weekly newsletters that can help your stay updated on Geographic Information Systems and Application developments.

A dynamic GIS analyst with a strong knowledge of his projects. Abiram is highly experienced in Mobile lidar, UAV Lidar and continues his research on various GIS projects. He always strives to make better decisions that lead our clients. He is a chess person who spreads good vibes.