How To Deploy Angular Application To Heroku

Create a basic angular project with the help of Angular CLI, you can use the following code to create an angular app.

After creating an angular application (angular-app), you have to run the app using following code.

Before that, we should navigate to the app installation path,

Now, you can run the application with this command,

After entering the browser app URL http://localhost:4200 we will get the output as shown in following fig. 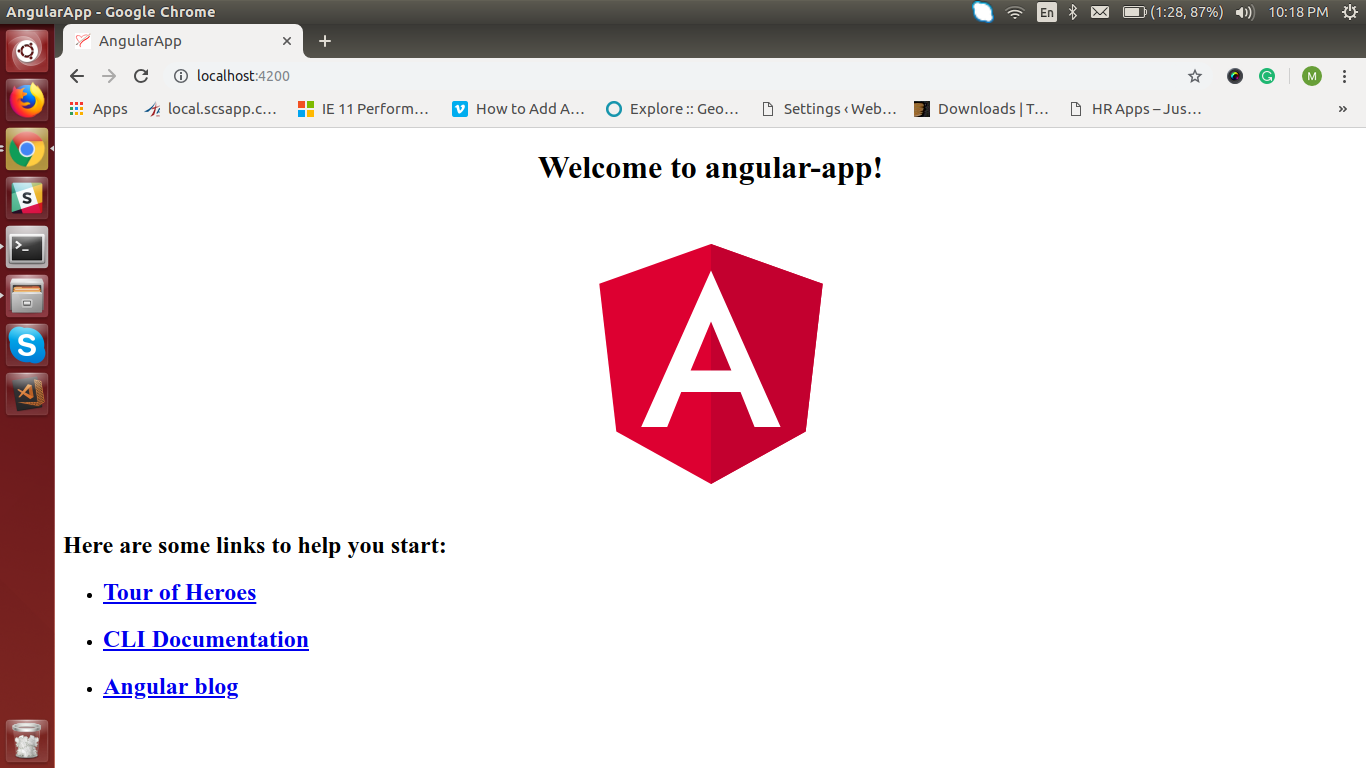 Now the initial basic angular app set up is ready. So, before deploying an app to the Heroku server we have to configure the deployment initial setup.

Initiate the local environment by running an app using ng serve whereas in production environment we have to install node services using the following command.

We’re about to install the Nodemon as it helps to develop node.js based applications. Also, Nodemon tool is good in auto-compiling and restarting the application whenever any changes occurs.

After installing this tool, Create a server.js file in root path and open the file then paste the below code,

Next, open the package.json, change the command as nodemon server.js for “start” object value so this will start running the application as you can see below. 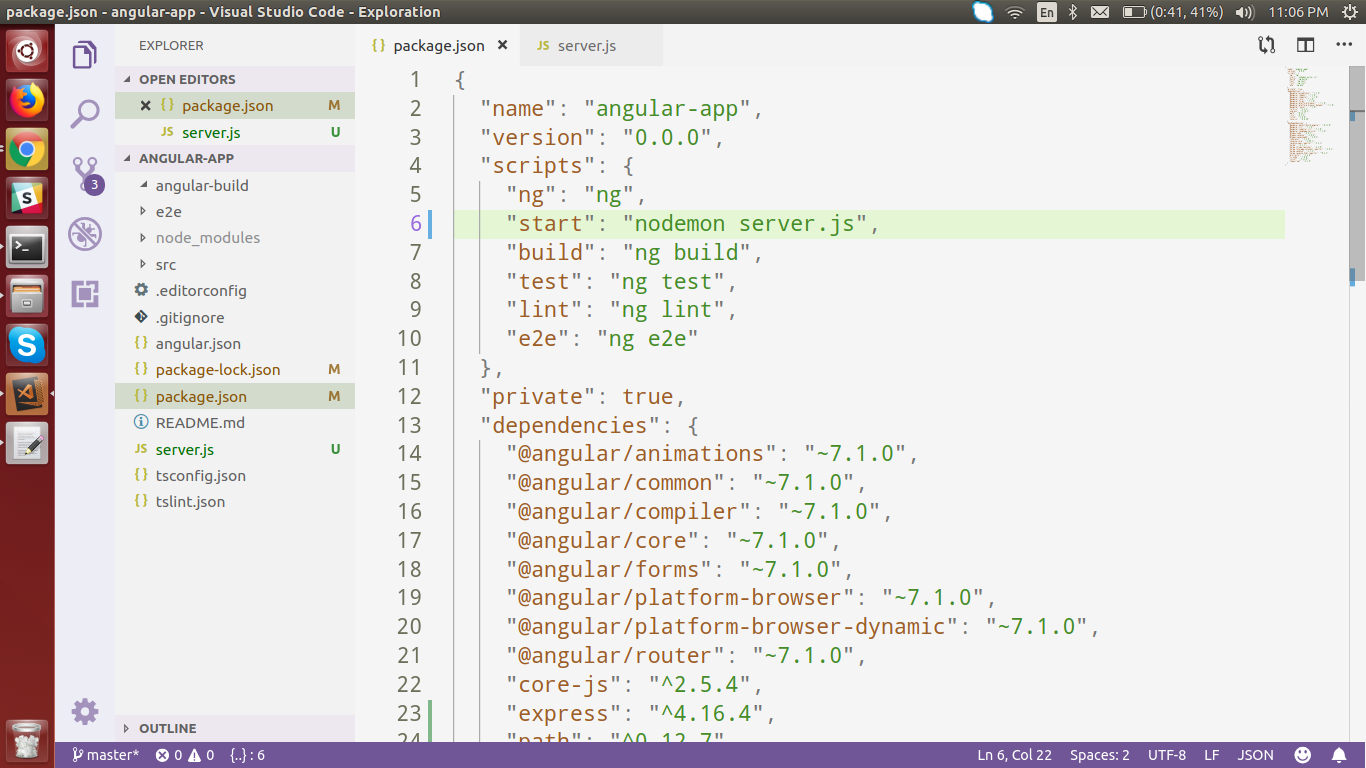 By chance, if this command no longer helping you to run an app then you can simply use the command “node server.js”.
Configure the angular app production build path to get the app bundle for your deployment.
Open the angular.json and add the output path & folder name which you can see in below image. 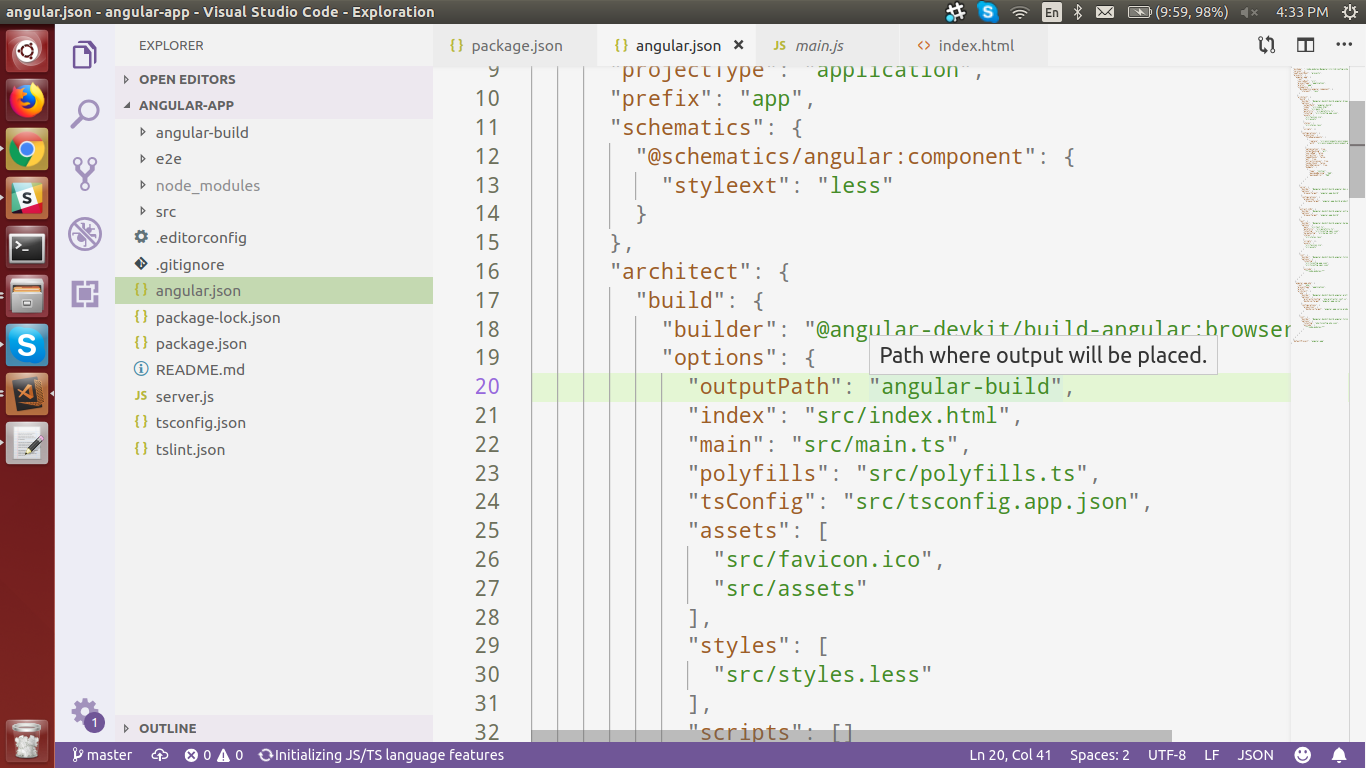 Finally, use the following command to run the production build.

Once the build is running successfully, your app folder will be created in the name you had mentioned. Okay guys, now we’re ready to deploy our angular app.

Once the account is created then you can login to your dashboard and create a new app.

Open the dashboard choose new and select the Create a new app as shown in following picture.

Open the angular-app-deploy and then select the deploy tab, by default it will set Heroku git as the deployment method. If you have integrated your gitup account then you can choose Gitup. In my case, am using Heroku Git since the blog is about the deployment in Heroku Git.
Related: How To Build Login Page Using Angular Material Design Clearly Explained


Download & Install the Heroku CLI.
After installing, log-in to your Heroku in your local machine 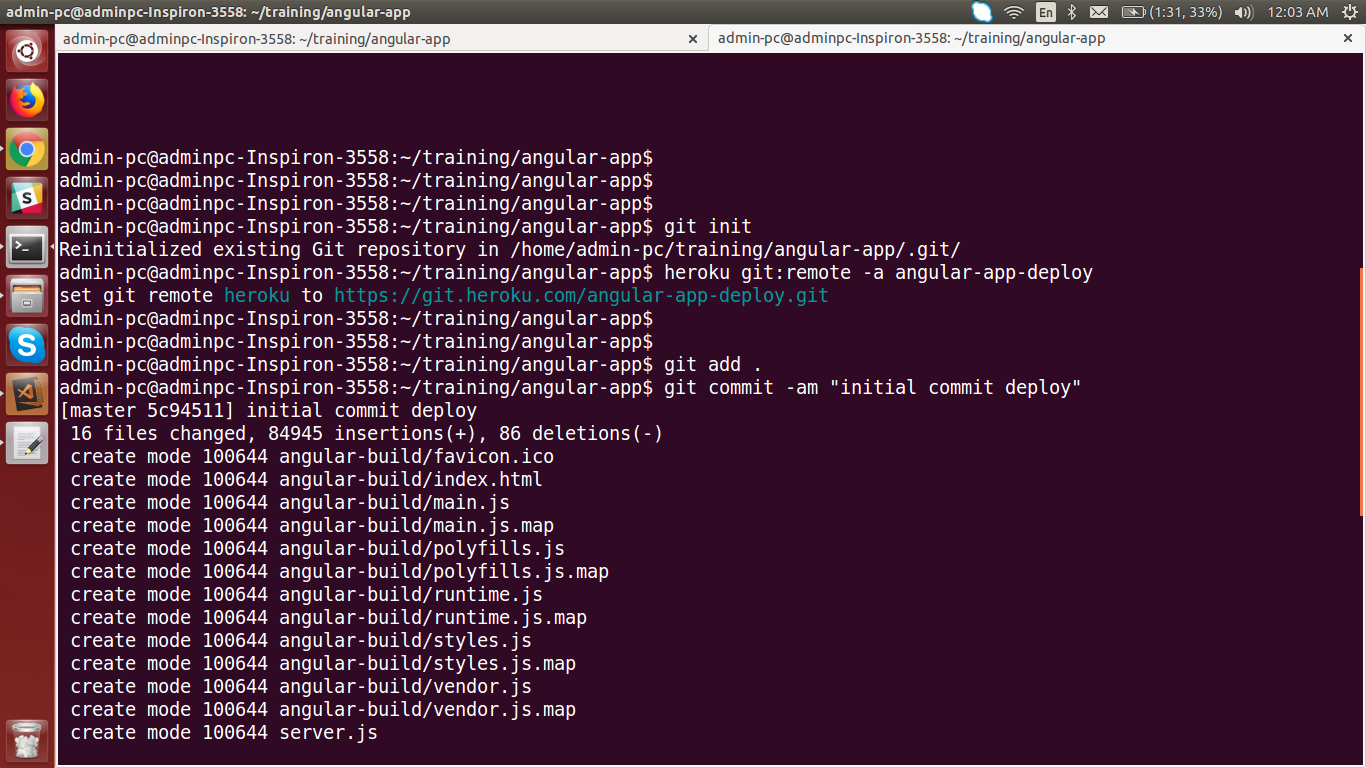 Once you are done with pushing your code. Go to Heroku account and select settings tab, there you will get the production running URL https://angular-app-deploy.herokuapp.com/

You can also read: Deploying An Angular CLI App To Firebase Hosting

Great guys! Successfully we’re done with deploying an Angular app to Heroku. Hopefully, now you guys know to play well in production environment too! Try it from your end and let us know your favorite way of deploying. Would love to hear from you!
[contact-form-7 404 "Not Found"]

How To Pick The Perfect e-commerce CMS

1 thought on “How To Deploy Angular Application To Heroku”