Angular Developer Salary: How much do they earn? | Skills, Salary, Growth

Angular is a web application JavaScript framework developed by Google. The Angular development involves writing code using Typescript, it’s the base Angular along with HTML, CSS. Typescript is a superset of Javascript.
JavaScript is a widely-used programming language. It has laid the foundation of countless new frameworks that make our application development more efficient today. Even though there are plenty of frameworks very few frameworks survive as a predominant choice among developers. Angular comes in with no surprise.
Without a doubt, Angular is one of the strong players in web application development. It drives an active community with new/ stable releases with updates once every year.
Angular is one of the most loved frameworks and the interest of the framework is climbing towards booming popularity and even goes beyond the expectations of a developer.

Popularity and Demand for AngularJS development


According to the Google trends, AngularJS has a constant rise in interesting topics over the year and it continues to increase.
With the increasing trend in popularity, the demand for skilled and experienced angular developers is more competitive. The market for Angular v2 and Angular v4 and v7 is also comparatively high. Developers are using Angular different versions to build web, desktop, and mobile applications.
The latest version, Angular 9 was released on Feb 7, 2020. It has made the Ivy available by default and a new engine based on incremental DOM architecture. Every latest version is filled with new features that improve backend compatibility.
Angular v4 is at the highest usage in Nepal, Israel, China, and India. the other versions are also being used for various purposes in development. This increases the demand for AngularJS developers. It has become an interesting discussion in the technology landscape. There have been several versions of Angular which includes:

Career Growth for an Angular developer

If you already have comprehensive knowledge about angular development and additional skills on the JS ecosystem or learning Angular, you will be able to pursue a career as a Front End Developer, Software Developer, Software developer, etc.
Having exposure and hands-on skills you be able to focus in particular areas of development. With access to proper skills, you will be able to work with various companies that use Angular for software development. The profile of an angular developer is growing as an interesting career option among major software companies. Angular’s popularity is indeed one of the reasons, Angular as a career is looking very bright in the present as well as the future.

Skills you need to become an Angular developer

A good Angular developer should have a skillset which the employers are demanding. This improves the chances of fast career growth as an Angular developer. The work experience and responsibilities acquired makes you a perfect candidate with high proficiency. Here are some of the essentials skills you’ll need to work to master Angular development.

Also Read:8 Essential Skills That Every Angular Web Developer Must Have

The Payscale salary report states that on average, an entry-level and experienced earning per year for major three positions that come under one frame in regards to Angular Developer skills.
On Average, an entry-level Front End developer earns $58,752 per year and $23.22 per hour. An experienced Front end developer earns $87,038 and $50.02 on an hourly basis. The earning can range as high as $128,000 per year. 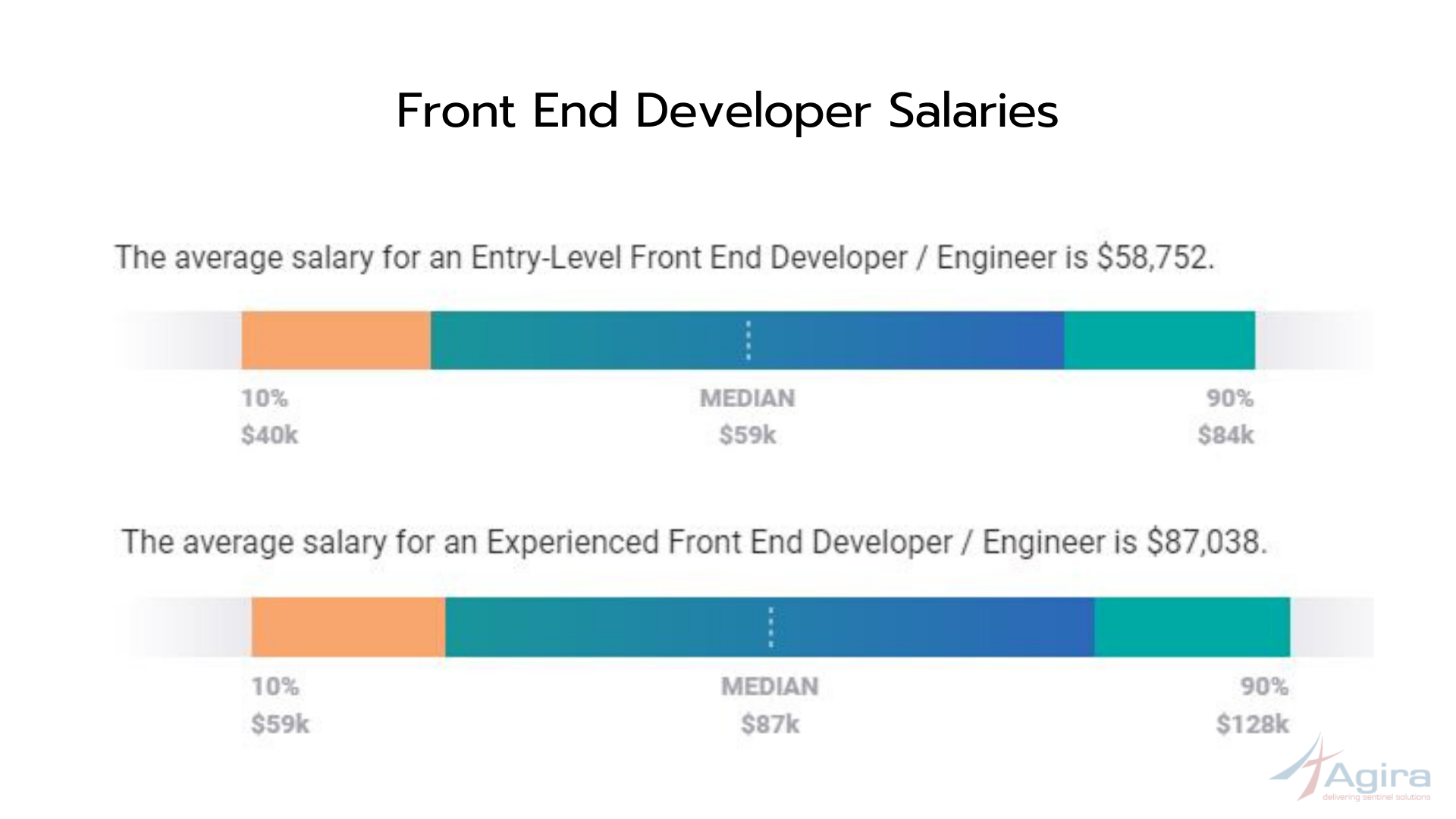 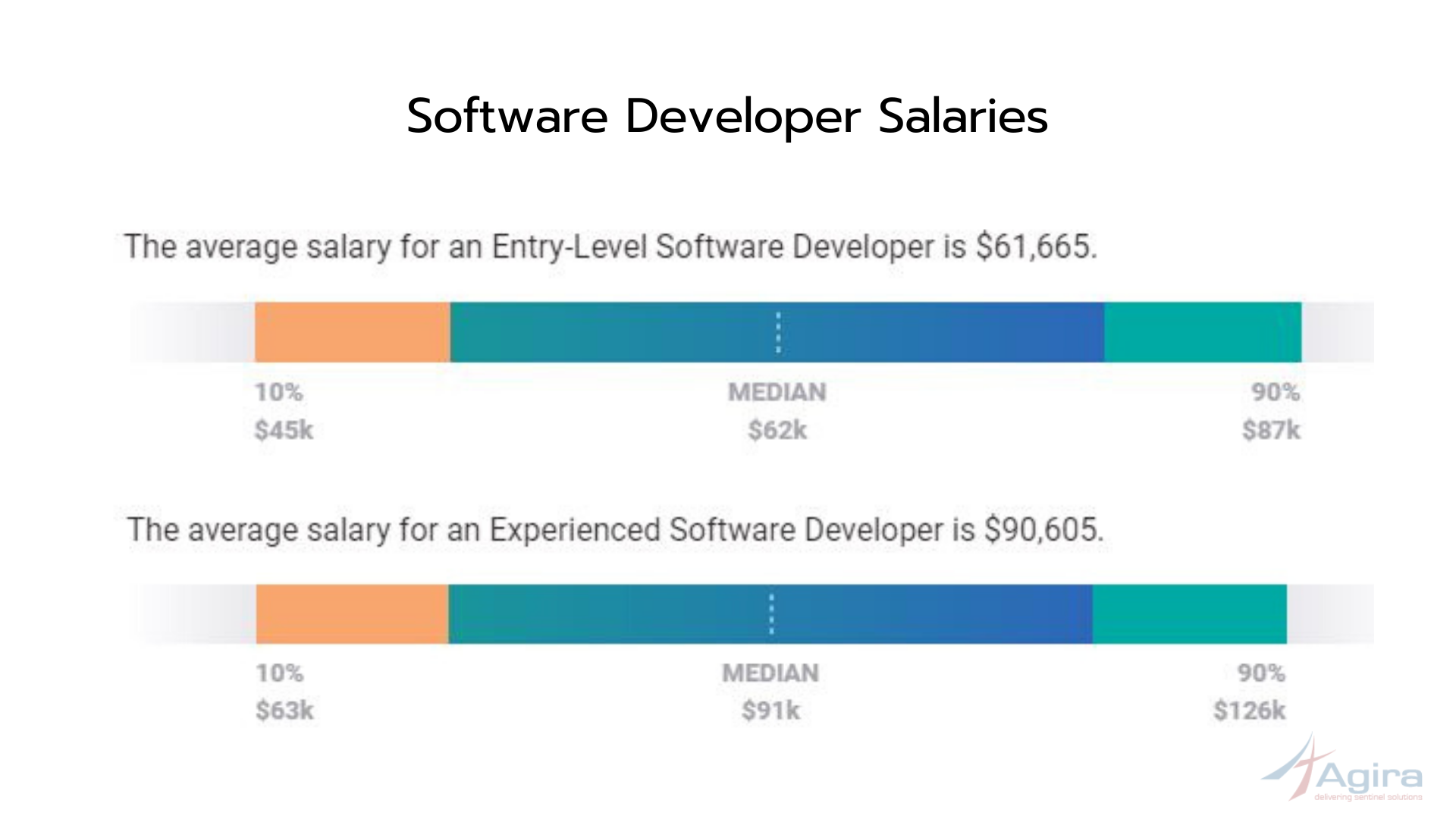 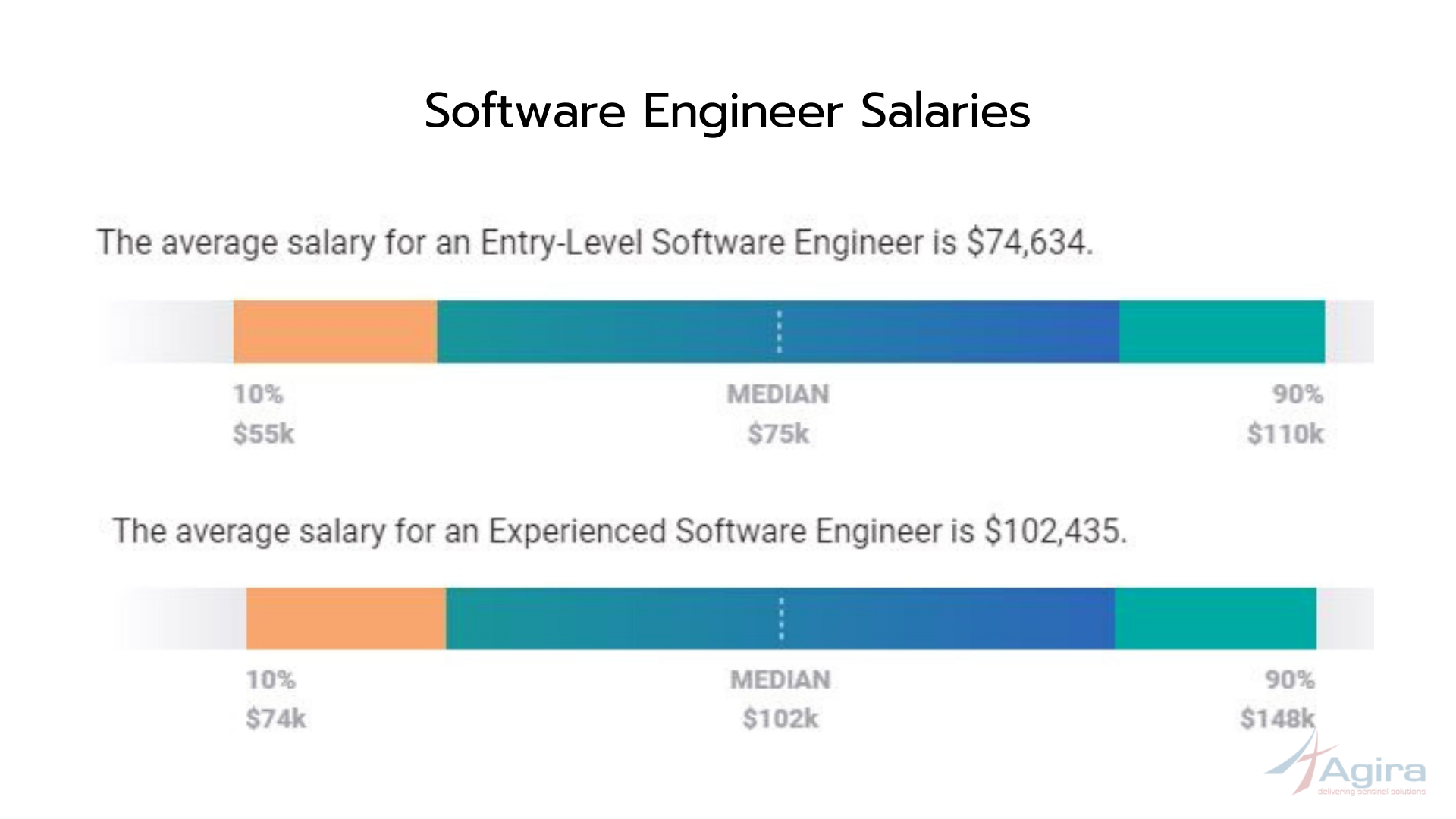 Angular Developer Salary based on Countries

Here is a list of Angular developer salaries across different countries and a high rate of web development job opportunities. This is an average salary range based on skills and experience self-reported from Payscale reports.

Note that the above figures reported may not be accurate as they may vary depending on the demand. These salaries are presented to have a good picture and relatively the costs of hiring developers in different countries. 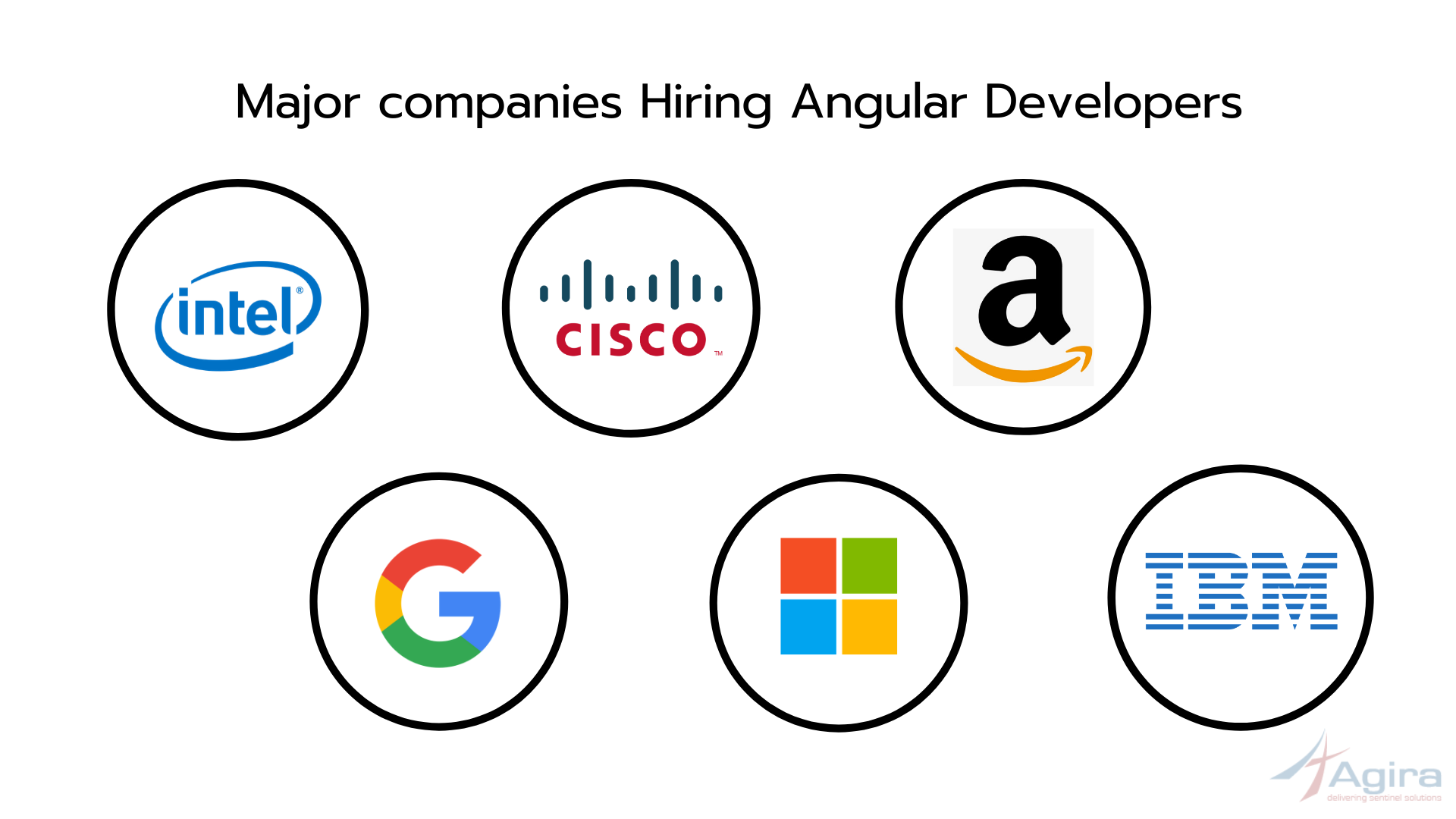 Angular is a fantastic framework for building highly customizable applications and with a flexible working style. With the support of Google and the community of developers. Angular has a little steep learning curve if you have exposure in JavaScript, you will find it easier to learn.
Angular is the future of Enterprise-scale web applications. The benefits of Angular development range from prototype to global deployment. It offers productivity, and scalable in fractures to build large enterprise applications with fast delivery.
We have discussed the salaries and job opportunities of Angular developers across different locations. You have to keep in mind that all the figures are just the approximate value (Average) of the position. Your salary depends on various factors such as skills, experience, company, Speed of delivery and location.
If you are planning to start your next project? Don’t hesitate to hire Agira’s Angular developers. There are numerous reasons and benefits to choosing Angular for web development. As a provider of dedicated developers, we have highly skilled Angular developers and even for many tech stacks.

Top Angular 10 Features That You Should Harness