Android Vs iOS: Which Mobile OS Is Right For You?

Are you planning to buy a smartphone today? Or confused on which Mobile OS is the right choice for app development? Now relax! You’ve arrived at the right destination to make a decision.
Google’s Android and Apple’s iOS are the two primary operating systems in mobile technology. Android is the world’s most commonly used mobile platform, even for manufacturers. iOS is possible only for apple devices. If you are switching from android to iOS, you have to be careful because you may have to purchase a few apps that are available free in android.
If you ask us about app development, we would say that Developing an app for android is more complicated than iOS. But on the other hand, we can assure you that on-demand apps are blooming. As mobile phone usage penetrating every year. It’s always a perk for businesses to get a firm base in both the mobile OS. (Go Below to the Business focus to know more about App development for your Business)
When you are buying a mobile or developing an app, It is indispensable to get a suitable mobile OS. And there are a lot of factors to consider. But do you know which is better than the other for what?
Here we go! 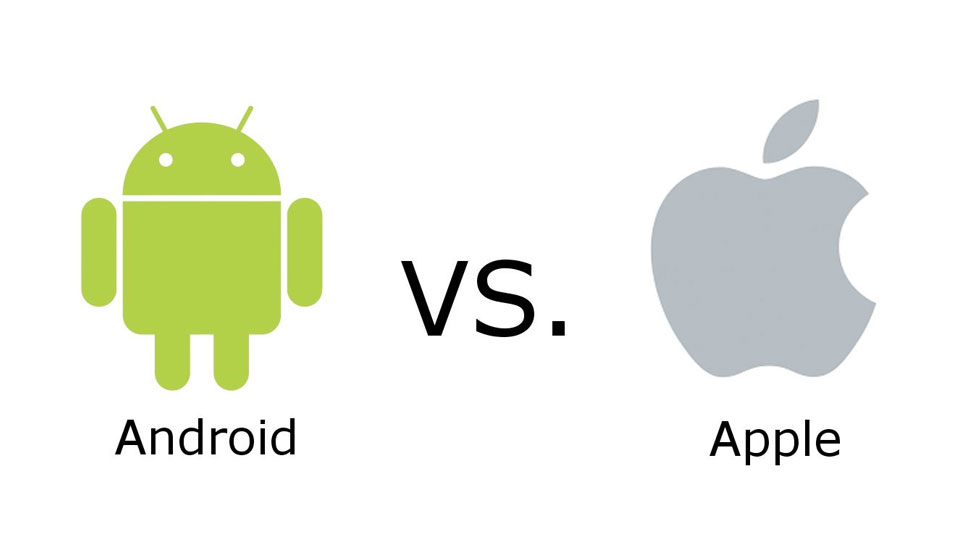 A Comparison Between Android Vs iOS

Business Focus: Which is the Best OS platform for App development?

Demand apps are gaining popularity among smartphone users. Developing apps for both android and iOS are fulfilling the evolving business needs, but it isn’t easy to do that. Smartphone usage is expected to accelerate over five billion by 2020.
Understanding the necessity of the businesses and evolving changes in technologies, we’ll now discuss app development for business in categories. To help you in determining the most appropriate OS for your business app development.

The coding languages are not so sophisticated in comparison with OS fragmentation. Developing an app for iOS can be easy because of the limited number of devices from Apple, whereas android is operated in a wide range of appliance. This lead to complexity in creation for Android app. And iOS app development is narrowed down for a few screen sizes, which is not complex as android.

Demographic research on your audience will do good before developing any app, especially for business. Collect useful information about users of Android/iOS power gears. It is safe to land on an OS platform depending on what kind of OS your audience use. When you plan to expand your business to other deposit of audience, you can also convert the app suitable for iOS. You should also keep in mind that android has a bigger app market than iOS.

Android developers use Google’s Studio. Initially, developers were using Eclipse tool. After the google released Studio, android developers got attracted by the astounding possibilities such as simple packaging, Easy debugging, excellent functionality, and cross-platform.
Xcode is a power-packed environment for iOS app developers. It also comes with the possibility to figure out the errors, both logic, and syntax and will get the code fixed.

Every business has its requirements. To estimate the cost of app creation, you need to know which mobile OS platform app you want to develop. It also depends on the time and Team of developers you hire.
We recommend you to read this article on Developing On-Demand Apps For Your Business. This article can help you in finding the most suitable platform for your business.

Android-based app creation takes a long time for developers in terms of OS fragmentation. iOS app creation is a contract and is not much complex as Java/Kotlin.

The apps developed to go through a review process. For Google Play, it takes less time than an iOS app to get on the app stores. It is because Android apps are verified with automated checks, and iOS requires personal expert verification that can take up to 7 days on average.
Google allows errors to be corrected by Android developers to publish an app. In iOS, mistakes can be rejected and takes much time to get responses from experts.

Monetization is a critical aspect of app creation. Android used to rely on ad-supported apps, whereas Apple users predominantly focus on purchases. The downloads on two major app stores, Google Play and Apple’s Store, are having immense growth downloads each year.
The consumer spends on iOS is almost double that of Google Play. But Google Play has the leading position in downloads, and worldwide consumer spend grows continuously.

Pros and Cons of Android and iOS, Which is Better at a Performance?

#1. Expandable storage – Most of the android phones have expandable storage, where iOS offers limited storage space.
#2. Open Source and customizable – Android is an Open source, and the user can easily customize almost everything. You have a more extensive choice of free apps and also access apps from alternative stores. You can also access bootloader.
#3. Affordable – Android is available in low prices ranges, which makes it accessible with the features manufacturers offer in comparison with iOS. Basic Android phones costs from $140.
#4. Huge market – There are a large number of Android developers with Influential scope for android apps.

#1. Security – Android manufacturers lack in providing security and privacy features compared with iOS
#2. Chances of Malware – Android has a higher risk of Malware as it allows to access third-party apps with harmful data
#3. Different interfaces – Majority of Smartphones in the market have different interfaces.

#1. Self-optimization – Apple optimizes the hardware and software of iPhones. It blocks the access of third-party apps and protects the data for better quality and performance.
#2. Security support –  No compromise with security. Apple iOS offers the best security compared to android.
#3. Good resale value – As the performance of the device is well maintained. There are Zero chances of Malware and viruses. This lead to excellent performance for a longer time than earns good resale value for Apple devices.
#4. Apple App Store – Apple offers a curated app store with a lot of different choices, which you can’t get anywhere else. Android also has high-quality apps.
#5. Features for disabled person – iOS has some features to make the iPhone more convenient for people with disability. Such as ‘be my eyes’ and ‘dragon dictation.’
#6. Easy integration – You can easily integrate with any Apple devices just in touch.

#1. Non-expandable storage – Even though iOS has iCloud app for data storage. The storage space is limited and available for paid storage.
#2. Limited customization –  Apple service provider has full control over the apps and data. You can’t make more changes as in android.

Android has gotten better in terms of features, but iOS has got some more exciting feature as well with fantastic performance. But we can say that nothing is less here. Both of OS has attracted an enormous number so far. And it drives revenue.
Some people might consider hardware, where some others consider battery life, design, or Gaming performance. Both platforms have a decent set of choices for different people.
We know It must have been a rollercoaster ride for you! You’ll need to decide and choose depending on the necessary factors that will meet your needs.
Agira provides ultimate solutions for app development. If you want to grow to international standards, reach our skilled developers now!

Do you like this Blog? Want to read amazing articles on App development? For more updates on technology, get your free subscription, and enjoy reading articles on your inbox right away.