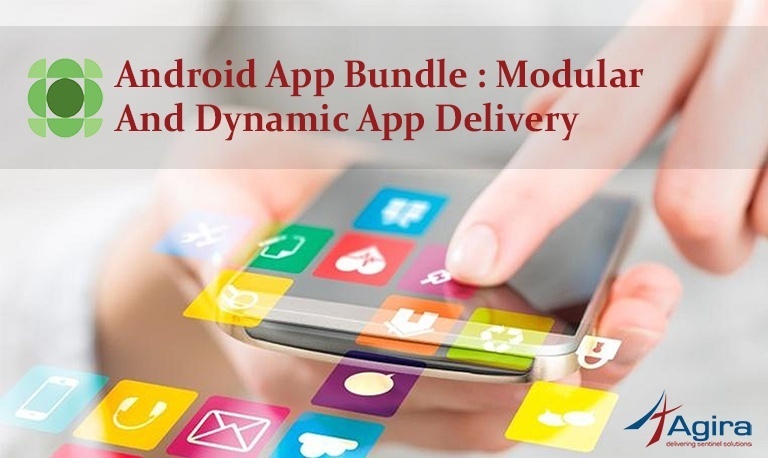 Will you download and install the app which has an unusual App size or which has hell large size which could completely own your mobile space? Obviously not, Rarely will do but only when the users got their specific needs to use that app. Making your users use your app or wanting them to become all-time users are other scenarios. But what if your app disappoints them on the first impression itself? So it’s one of the prominent requirements to make your app have less size.

On achieving this prominent goal, Google IO 2018, Google has introduced the new publishing format for the Android app which is named Android App Bundle (AAP). This AAP Android App Bundle will help us to reduce our apk size especially when the app is targeting the different screen dimensions, CPU architecture and so on. Android App Bundle gives smaller size apk which will increase the number of downloads of your app. So, users are about to personalized app files when they hit the install option. Google has already started trailing it with its own apps like YouTube and other Google apps. Microsoft, Linkedin also tested it

(I) The application size is smaller than the traditional type of Android application.
(II) Single build artifact makes easy to manage from google play console.
(III) Dynamic Delivery: Users can install the application as per their needs.

Google play console will manage this feature. The user no need to do anything after publish.

The bundle has a structure that contains the assets, project structure, etc. It’s similar to apk structure. The bundle is not directly installable because it is like configuration files that help the users to optimize their build. The structure of .aap files are same as apk files.
App also contains the same files as android apk files. For example, manifest files, dex files, assets, etc.

What Is Dynamic Delivery?

Google has also introduced another way to reduce app size. With the concept of Dynamic Feature Apk’s concept, you can split your app into separate features and can deliver based on the user needs. For example, sometimes your app might be developed or loaded with too many features, in that case, this will give only the demanded features which are users attempt to use.
To put it straight, Dynamic Delivery gives the correct apk for the correct user. It will not feed you with excess data instead it gives the files or structure only which are necessary for the user. It will get differ from one device to another. With this Dynamic Delivery, the app size will be less compared to traditional apps.
There are so many smart devices with different sizes. The Traditional way of Android Apk will include all types of support resources into single Apk. So that this apk will support all types of android devices.

“A fundamental component of Dynamic Delivery is the split APK mechanism available on Android 5.0 (API level 21) and higher. Split APKs are very similar to regular APKs—they include compiled DEX bytecode, resources, and an Android manifest.”
Here the Android App Bundle will split the apps with the above mechanism named “split Apk”. After splitting the app, the resource will be three Apks.

This apk is the first apk to install on a user device, and it will have all the basic necessary files and essential resources.

Each of these APKs contains code and resources that are not required when your app is installed first, but maybe downloaded and installed later.
Your bundle contains the above apk’s like base apk, configurable apk, etc. When the user installs an app from the play store then the play store will give the above apps. If the User has the Android device with the configurations: arm64, xhpi, en_US language then final apk will have the combination of (base+arm64+xhpi+en).apk.

Check the below images for reference. The play store will combine the base apks and dynamic apks based on the user’s device configurations.

Mostly, the Full dynamic delivery feature will work only on an android lollipop and above. The lower versions also have that support, but that does not reduce the app size much. However, You have the primary choice of Google’s Android App bundles to ease our work.

New technologies are never new to us! We at Agira technologies always staying open to new technologies to bring new visionaries to your apps and Agira practiced in such a way to make a difference in every app we build. Similarly, you can explore more blogs on our largest blog repository. Stay tuned! and in case if you’re a newbie then don’t forget to subscribe to us to get the latest updates from diverse technologies. Besides all, Post us your valuable thoughts in the comment section.