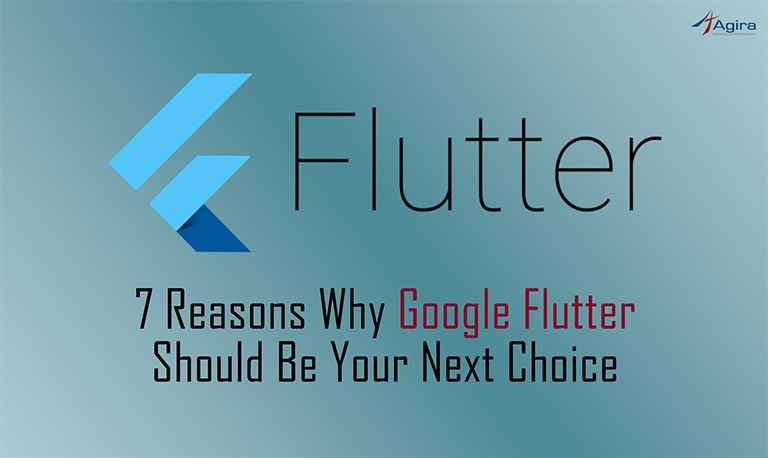 Before divulging Flutter, We should know why organizations are often running behind hybrid applications development, and if you start cracking the reason then it should be either one of the reasons,

Only the developers know how hard it is to set the hybrid app straight with the desired result. There are some creepy issues that will constantly arouse while developing Hybrid apps regardless of the frameworks we use,

Despite the above-mentioned problems, every big company out there like Google, Facebook, Telerik, and Microsoft are either backing a hybrid platform or creating its own hybrid application platform. That is the hectic plot to proof how the write once run everywhere analog is being sought all around the industry.

Flutter is a mobile UI framework developed and maintained by Google to create high-quality native applications for both Android and iOS. With an added label! Label?! Any guess? Yes! Of-course it’s an open source, and you can get here.

Before you ask “yet another hybrid applications framework?” Let me chase and answer your Why’s? & how’s first!.

Listing down the few clear-cut points that can surely make us to reconsider flutter over other frameworks.

It’s fast. Yes, it’s faster than most of the hybrid frameworks. Other frameworks can be faster too but Flutter withstands in providing Standard performance.

Because flutter is neither using web-view to display the app nor it has a java-script bridge to link and run your code.

All your code will be converted into C++ code which maintains to run with the native level performance on both Android and IOS by the portable C++ engine that comes with flutter.

Commands like flutter doctor to check your environment setup or addressing issues are really impressive.

Flutter has an another added advantage like hot reload which enables the app to perform the instant refresh. And it’s automatically will get done when any changes are done in the coding along when it’s connected to the device.

It’s all happens less than a second and the best part is, the state of your app will be preserved all the times while reloading. Cool, right?

These are the another few outlines why Flutter has impressed me from the beginning,

No Paradox of Choice

Flutter is opinionated, and it is good to you, most of the times it can save you from the trouble of taking the decisions and help us to proceed with the right way.

Most of the times, this will save you! Because you don’t have to think through a solution every time whereas it’s already been resolved by the bunch of smart engineers.

As an outcome, you can concentrate only on writing your business logic rather than boiler plating your code to get it work which will eventually result in increased productivity.

If you’re the native web/mobile developer, then learning curve is actually a piece of cake to you!. For example, I developed a working app using flutter in just 3 days.

Combination of flutter with Dart, will not be very hard if you are already familiar with JavaScript or Java.

See the below example, which I used from flutter.io to create a box using HTML and CSS.

The code to produce the same UI will be very similar in flutter but with a different paradigm.

This shows you the idea of using Dart for both creating the UI and to write the logic.

Flutter will not use the native OEM widgets, though it has the list of built-in widgets from Material (Android) and Cupertino (iOS) frameworks which are available in flutter.

For instance, consider creating a title bar from the material,

The community around flutter is quite small compared to React or Ionic. Though it’s growing very fast. Hence, Lot of packages (plugins) are already being created as you can see here. Especially, People in this channel are very helpful and friendly so you can always run to their gitter channel if you need any help.

Google is doing a great job at documenting languages and frameworks; you can see it with Golang, Angular, and now with Flutter. Flutter’s documentations are really great which are bounded to provide you the right information at the right time.

Alongside, I am pretty sure that you will enjoy learning the flutter like having your cup of tea.

As per hybrid application development, there is no clear winner yet. Flutter seems to be a strong contestant in that race. All am going to do is just sit and watch the result. On the other hand, if you are running a business and looking to build hybrid apps, then you should definitely consider flutter on the top of your list before making your choice.

Enjoyed reading? then you can also check out my previous blog about How to Build REST API with Laravel 5.5 / Laravel 5.6