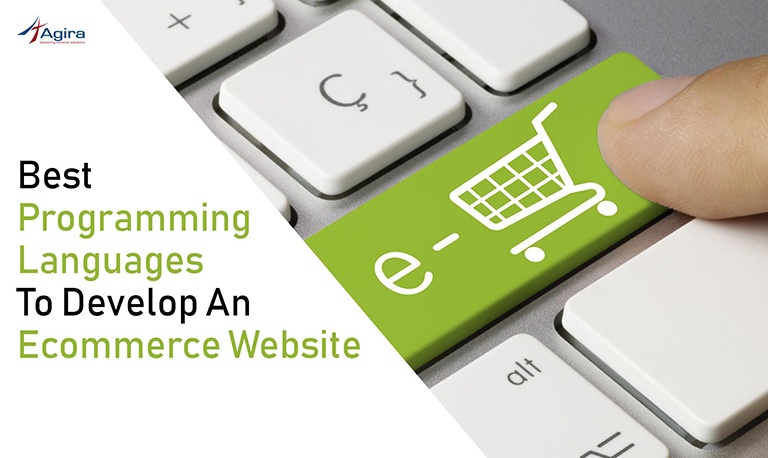 To build the simple Ecommerce or online store we can always choose mejanto and Shopify which are the best Ecommerce platform for all type of business.

In case if you need the site to be fully functional and visually appealing. Furthermore, Planning to aim more number of transactions, features, templates then don’t use the ordinary languages.

Then, we need a different level of mining to choose the one that perfectly fits for our business requirements.

Of course, Every language has its own strength and limitations but don’t let the limitations to spoil the performance of your website.

With our vast experience in web development, we have been experimenting all the languages with the back end to find the best language based on our Result driven approach.

Henceforth, Listing down the top programming languages that could give the best result in building Ecommerce website.

Java, a server-side programming language that supports over large-scale website development. Plus, it’s compatible with versatile and functional websites that work well across all the devices.

Java has more effective and robust tools that help developers to remain more productive on building large-scale websites. Powerful in debugging which would help to identify and clear the issues then & there. In addition, the integrated system of JAVA makes the entire life cycle of development to be more efficient and fast. Apparently, there is no doubt in saying that Java is flexible for Ecommerce websites.

PHP is the globally opted solution for Ecommerce websites as it gives birth to seamless highly scalable applications.

Even if you want to build most complex features or functionalities, you can have the good source of PHP developers all over the world. Though PHP Application development cost is less Compared to other languages, you will have infinite sources and solutions.

PHP is one of the simplest server-side programming languages, and initially, it might be a bit hard to follow the coding style. But once you get used to it, then you will never have a thought to leave PHP at any situation. An added advantage of PHP is, we can mix it with various templates and HTML codes.

Remember, Magento and WordPress the most highly used Ecommerce platform is mainly constructed with PHP.

If you want to build an Ecommerce website with more functionalities and customization, then you can immediately grab few Ruby on Rails developers.

Efficiently, you can build your complex application in the simplest way and with Ruby, you can build it fast. More than development it also helps you to get high traffic to the site.

Usually, critics will never prefer to choose the language which is instant, readable and easy but that’s not the case here! Don’t be fooled. Ruby has its very own automatic memory management and powerful integrated system.

That’s the reason we would always say Ruby is the widely used powerful programming language across the world. Once you take a deep look at the top benefits of using Ruby on Rails for web development, then surely you will recommend ruby for your next projects.

[ Related: 8 Benefits of Using Ruby On Rails For Web Development ]

Python is another high-level programming language supports to build large-scale applications like Ecommerce. Naturally, Python will allow the developers to exhibit their ideas fast. Within fewer codes developers can easily bring their ideas so the developers will have the freedom to think more. With the support of extensive library, you can develop a big website in less number of days. Plus, it runs on diverse systems.

[Check out: Convert Your Website Into An Effective Android Web app In Just 15 Minutes ]

MEAN ( MongoDB, Express, AngularJS, NodeJS ) recently joined on this list. It’s created a huge hype and gained extreme popularity in last few years due to the massive arrival of big players like Google, Netflix, Uber, and Paypal in it. MEAN stack provides the integrated support which allows to write the code for an app, client-side, and database.  Like other programming languages, MEAN also holds huge module library.

[ Related: MEAN Vs LAMP Which Is Your Next Programming Project  ]

Before choosing one ideal language, set your goal straight and list down the required specifications and needs for your Ecommerce website. Then match it with all above-listed aspects of languages, and it’s up’s and downs.

If you are clear about your specifications and the limitations of languages then choosing the right one would not be a big deal. While choosing language don’t just only focus on business needs. Instead, check for the compatibility of the database that supports your front-end framework and language so this match would definitely work well in producing seamless applications. And if you don’t have an idea of what to choose then no issues you can reach us at info@agiratech.com. Our 100+ tech experts and enthusiasts will assist you to choose the right choice for your projects.

Want to explore more about technologies? Join us on the excursion of exploring Technologies, Agira Technologies one of the fastest growing Web and Mobile Development Company in India. Handfully, extends its research on Blockchain, Chatbot, Artificial Intelligence, IOT and lot more new technologies. Explore more about us on www.agiratech.com. Let us know your impressions in the comment section.